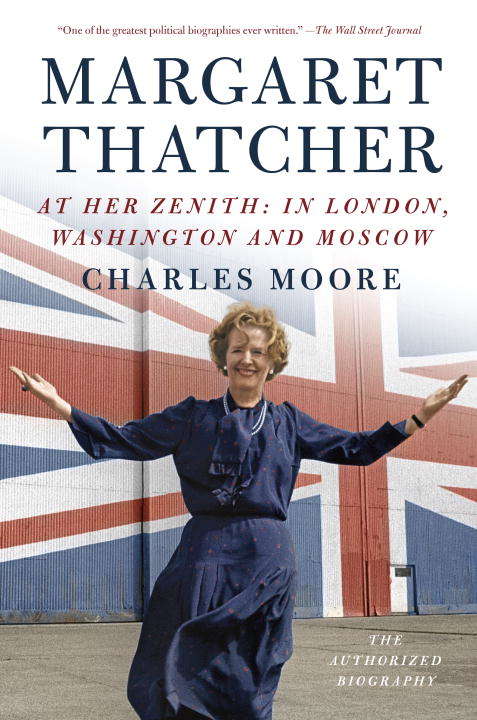 In June 1983 Margaret Thatcher won the biggest increase in a government's parliamentary majority in British electoral history. Over the next four years, as Charles Moore relates in this central volume of his uniquely authoritative biography, Britain's first woman prime minister changed the course of her country's history and that of the world, often by sheer force of will. The book reveals as never before how Mrs. Thatcher transformed relations with Europe, privatized the commanding heights of British industry and continued the reinvigoration of the British economy. It describes her role on the world stage with dramatic immediacy, identifying Mikhail Gorbachev as "a man to do business with" before he became leader of the Soviet Union, and then persistently pushing him and Ronald Reagan, her great ideological soul mate, to order world affairs according to her vision. For the only time since Churchill, she ensured that Britain had a central place in dealings between the superpowers. But even at her zenith she was beset by difficulties. Reagan would deceive her during the U.S. invasion of Grenada. She lost the minister to whom she was personally closest to scandal and faced calls for her resignation. She found herself isolated within her own government. She was at odds with the Queen over the Commonwealth and South Africa. She bullied senior colleagues and she set in motion the poll tax. Both these last would later return to wound her, fatally. Charles Moore has had unprecedented access to all of Mrs. Thatcher's private and government papers. The participants in the events described have been so frank in interviews that we feel we are eavesdropping on their conversations as they pass. We look over Mrs. Thatcher's shoulder as she vigorously annotates documents and as she articulates her views in detail, and we understand for the first time how closely she relied on a handful of trusted advisers to carry out her will. We see her as a public performer, an often anxious mother, a workaholic and the first woman in Western democratic history who truly came to dominate her country in her time. In the early hours of October 12, 1984, during the Conservative party conference in Brighton, the IRA attempted to assassinate her. She carried on within hours to give her leader's speech at the conference. One of her many left-wing critics, watching her that day, said, "I don't approve of her as Prime Minister, but by God she's a great tank commander." This titanic figure, with all her capabilities and her flaws, storms from these pages as from no other book.From the Hardcover edition.