I am a Fugitive from a Georgia Chain Gang! 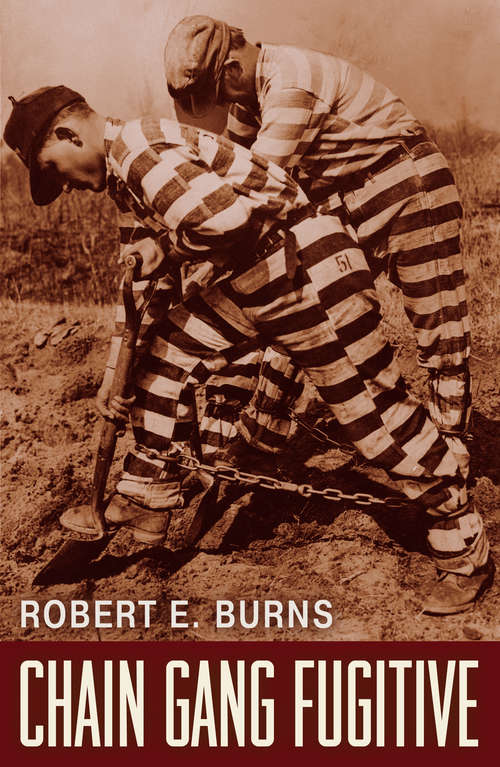 Chain Gang Fugitive, first published in 1932 as I Am a Fugitive from a Georgia Chain Gang!, is the dramatic firsthand account of Robert Burns and his struggle to live a normal life following a single disastrous choice he had made as a young man. TRobert E. Burns was a shell-shocked and penniless veteran who found himself at the mercy of Georgia’s barbaric penal system when he fell in with a gang of petty thieves. Sentenced to six to ten years’ hard labor for his part in a robbery that netted less than $6.00, Burns was shackled to a county chain gang. After four months of backbreaking work, he made a daring escape, dodging shotgun blasts, racing through swamps, and eluding bloodhounds on his way north.For seven years Burns lived as a free man. He married and became a prosperous Chicago businessman and publisher. When he fell in love with another woman, however, his jealous wife turned him in to the police, who arrested him as a fugitive from justice. Although he was promised lenient treatment and a quick pardon, he was back on a chain gang within a month. Undaunted, Burns did the impossible and escaped a second time, this time to New Jersey. He was still a hunted man living in hiding when this book was first published in 1932.The book and its movie version, nominated for a Best Picture Oscar in 1933, shocked the world by exposing Georgia’s brutal treatment of prisoners. I Am a Fugitive from a Georgia Chain Gang! is a daring and heartbreaking book, an odyssey of misfortune, love, betrayal, adventure, and, above all, the unshakable courage and inner strength of the fugitive himself.