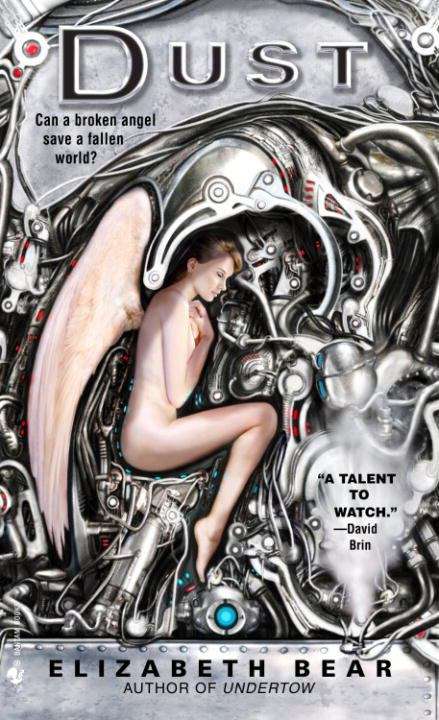 On a broken ship orbiting a doomed sun, dwellers have grown complacent with their aging metal world. But when a serving girl frees a captive noblewoman, the old order is about to change. . . .

Ariane, Princess of the House of Rule, was known to be fiercely cold-blooded. But severing an angel's wings on the battlefield--even after she had surrendered--proved her completely without honor. Captive, the angel Perceval waits for Ariane not only to finish her off--but to devour her very memories and mind. Surely her gruesome death will cause war between the houses--exactly as Ariane desires. But Ariane's plan may yet be opposed, for Perceval at once recognizes the young servant charged with her care. Rien is the lost child: her sister. Soon they will escape, hoping to stop the impending war and save both their houses.

But it is a perilous journey through the crumbling hulk of a dying ship, and they do not pass unnoticed. Because at the hub of their turning world waits Jacob Dust, all that remains of God, following the vapor wisp of the angel. And he knows they will meet very soon. From the Paperback edition.