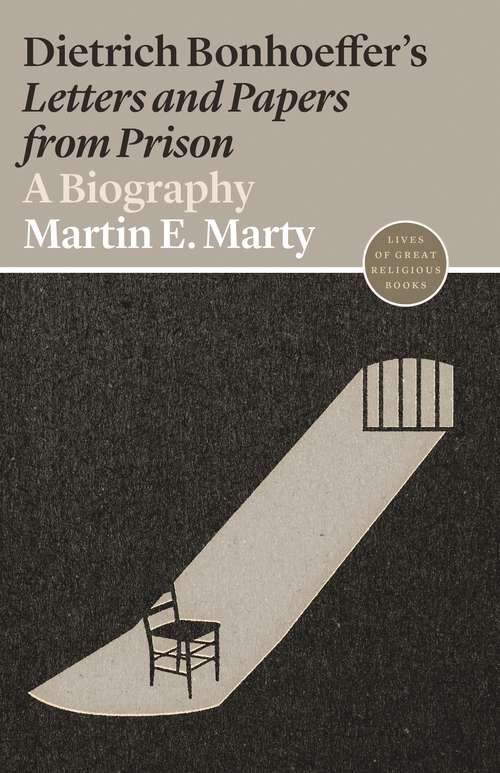 For fascination, influence, inspiration, and controversy, Dietrich Bonhoeffer's Letters and Papers from Prison is unmatched by any other book of Christian reflection written in the twentieth century. A Lutheran pastor and theologian, Bonhoeffer spent two years in Nazi prisons before being executed at age thirty-nine, just a month before the German surrender, for his role in the plot to kill Hitler. The posthumous Letters and Papers from Prison has had a tremendous impact on both Christian and secular thought since it was first published in 1951, and has helped establish Bonhoeffer's reputation as one of the most important Protestant thinkers of the twentieth century. In this, the first history of the book's remarkable global career, National Book Award-winning author Martin Marty tells how and why Letters and Papers from Prison has been read and used in such dramatically different ways, from the cold war to today. In his late letters, Bonhoeffer raised tantalizing questions about the role of Christianity and the church in an increasingly secular world. Marty tells the story of how, in the 1960s and the following decades, these provocative ideas stirred a wide range of thinkers and activists, including civil rights and antiapartheid campaigners, "death-of-God" theologians, and East German Marxists. In the process of tracing the eventful and contested history of Bonhoeffer's book, Marty provides a compelling new perspective on religious and secular life in the postwar era.