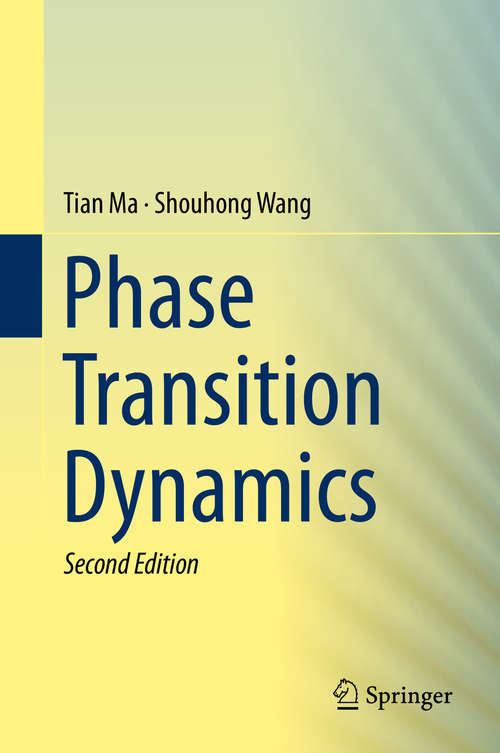 “The goals of this interesting book are to derive a general principle of dynamic transitions for dissipative systems and to establish a systematic dynamic transition theory for a wide range of problems in the nonlinear sciences. … The intended audience for this book includes students and researchers working on nonlinear problems in physics, meteorology, oceanography, biology, chemistry, and the social sciences.” (Carlo Bianca, Mathematical Reviews, December, 2014)

“This is a clearly written book on numerous types of phase transitions taken in a broad sense when a dynamical dissipative system transforms from one physical state into another. … The book is a very useful literature not only for the professionals in the field of dynamic systems and phase transitions but also for graduate students due to its interdisciplinary coverage and state-of-the-art level.” (Vladimir Čadež, zbMATH, Vol. 1285, 2014)