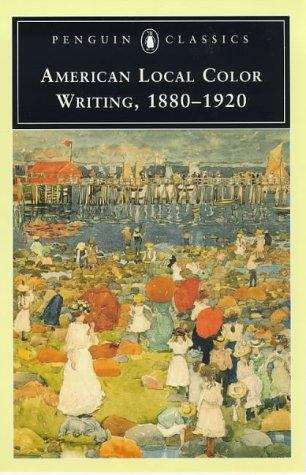 The era in the United States between the Civil War and the end of World War I, was marked by increased nation-building, immigration, internal migration and racial tension. This period of time saw the rise of local colour literature, which described the peculiarities of regional life through "lived experiences." This anthology brings together works from every part of America, written by men and women of many cultures, ethnicities, ideologies and literary styles. The book features such familiar writers as Joel Chandler Harris, Kate Chopin, Hamlin Garland and Sarah Orne Jewett, and introduces less well-known voices like Sui Sin Far, Abraham Cahan and Zitkala-Sa. The writings illuminate varying concepts of the American identity and racial, class and ethnic stereotypes are both introduced and challenged in many of of the stories.