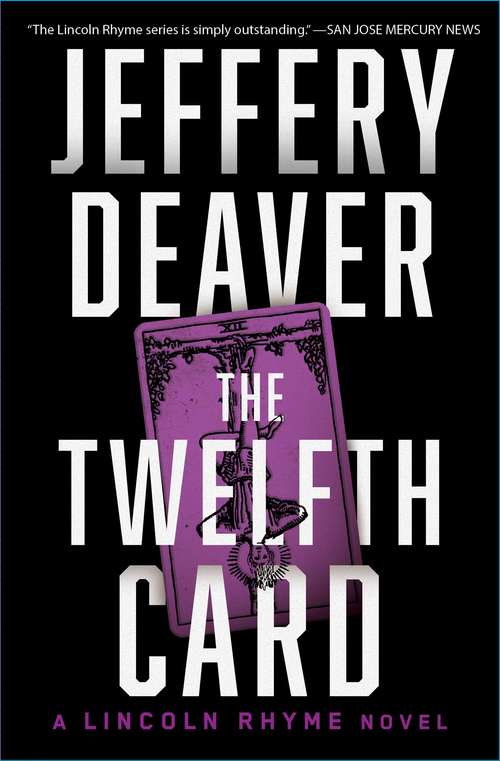 Bestselling master of suspense Jeffery Deaver is back with a brand-new Lincoln Rhyme thriller. To save the life of a young girl who's being stalked by a ruthless hit man, Lincoln and his protégé, Amelia Sachs, are called upon to do the impossible: solve a truly "cold case" -- one that's 140 years old. The Twelfth Card is a two-day cat-and-mouse chase through the streets of uptown Manhattan as quadriplegic detective Lincoln Rhyme and Amelia Sachs try to outguess Thompson Boyd -- by all appearances a nondescript, innocuous man, but one whose past has turned him into a killing machine as unfeeling and cunning as a wolf. Boyd is after Geneva Settle, a high school girl from Harlem, and it's up to Lincoln and Amelia to figure out why. The motive may have to do with a term paper that Geneva is writing about her ancestor, Charles Singleton, a former slave. A teacher and farmer in New York State, Charles was active in the early civil rights movement but was arrested for theft and disgraced. Assisted by their team, Fred Dellray, Mel Cooper and Lon Sellitto (suffering badly from a case of nerves due to a near miss by the killer), Lincoln and Amelia work frantically to figure out where the hired gun will strike next and stop him, all the while trying to determine what actually happened on that hot July night in 1868 when Charles was arrested. What went on at the mysterious meetings he attended in Gallows Heights, a neighborhood on the Upper West Side of Manhattan that was a tense mix of wealthy financiers, political crooks like Boss Tweed and working-class laborers and thugs? And, most important for Geneva Settle's fate, what was the "secret" that tormented Charles's every waking hour? Deaver's inimitable plotting keeps all these stories -- the past and the present -- racing at a lightning-fast clip as we learn stunning revelations that strike at the very heart of the U.S. Constitution and that could have disastrous consequences for today's human and civil rights in America. With breathtaking twists and multiple surprises that will keep readers on tenterhooks until the last page, this is Deaver's most compelling Lincoln Rhyme book to date.