Restoring the Soul of the University 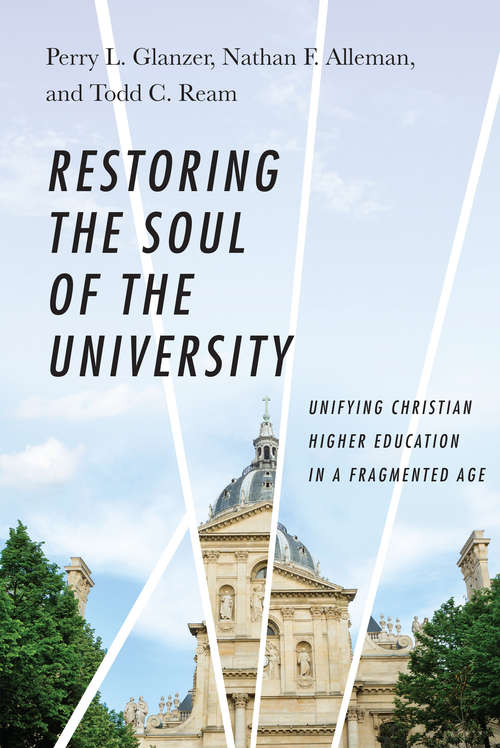 Has the American university gained the whole world but lost its soul?

In terms of money, prestige, power, and freedom, American universities appear to have gained the academic world. But at what cost? We live in the age of the fragmented multiversity that has no unifying soul or mission. The multiversity in a post-Christian culture is characterized instead by curricular division, the professionalization of the disciplines, the expansion of administration, the loss of community, and the idolization of athletics.

The situation is not hopeless. According to Perry L. Glanzer, Nathan F. Alleman, and Todd C. Ream, Christian universities can recover their soul—but to do so will require reimagining excellence in a time of exile, placing the liberating arts before the liberal arts, and focusing on the worship, love, and knowledge of God as central to the university.

Restoring the Soul of the University is a pioneering work that charts the history of the university and casts an inspiring vision for the future of higher education.