Transitional Justice and Peacebuilding on the Ground 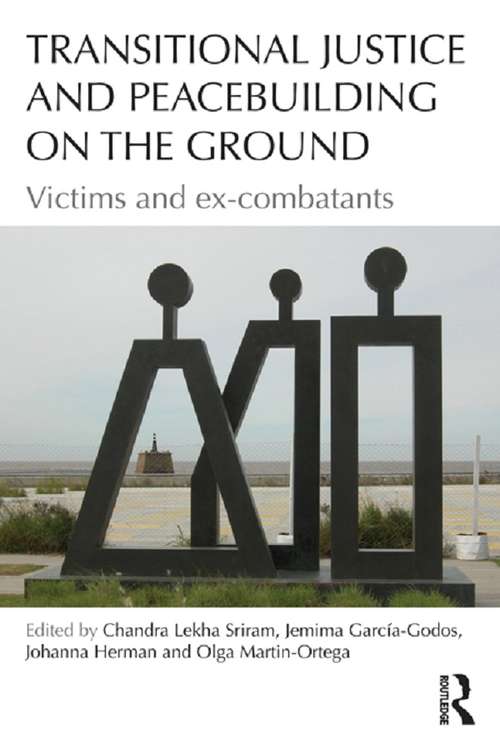 This book seeks to refine our understanding of transitional justice and peacebuilding, and long-term security and reintegration challenges after violent conflicts.

As recent events following political change during the so-called 'Arab Spring' demonstrate, demands for accountability often follow or attend conflict and political transition. While traditionally much literature and many practitioners highlighted tensions between peacebuilding and justice, recent research and practice demonstrates a turn away from the supposed 'peace vs justice' dilemma.

This volume examines the complex relationship between peacebuilding and transitional justice through the lenses of the increased emphasis on victim-centred approaches to justice and the widespread practices of disarmament, demobilization, and reintegration (DDR) of excombatants. While recent volumes have sought to address either DDR or victim-centred approaches to justice, none has sought to make connections between the two, much less to place them in the larger context of the increasing linkages between transitional justice and peacebuilding.

This book will be of great interest to students of transitional justice, peacebuilding, human rights, war and conflict studies, security studies and IR.