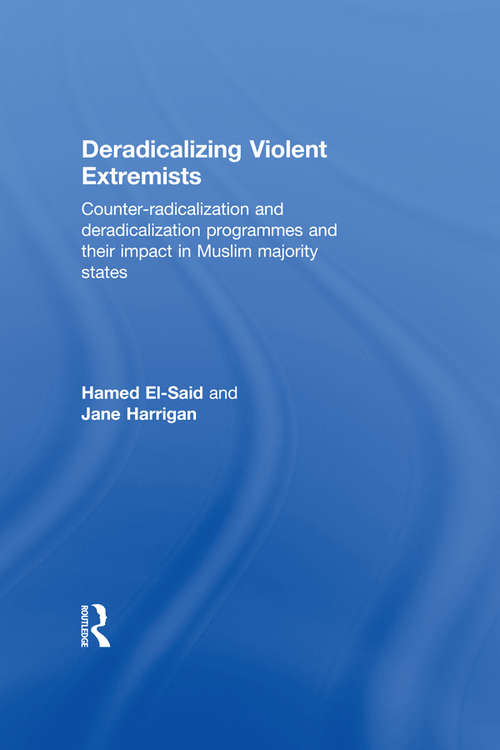 Terrorism remains one of the major threats facing the world community. While literature on the subject is dominated by discussion of the factors leading individuals and groups to join violent extremist, terrorist groups, the question of what can lead them to disengage from such groups is an equally important one. This book is the first study to provide a detailed analysis of both counter-radicalization and deradicalization programmes in eight Muslim-majority states, representing hitherto one of the largest, detailed, and most systematic inventory of such programmes in the world.

Drawing on detailed case-studies from a number of countries, the book:

traces the historical evolution of violent extremist groups and individuals in each country case study, including the period before independence;

describes in detail states’ response to this phenomenon in each period;

provides important empirical analyses for counter-and-deradicalization policies and programmes based on extensive fieldwork and interviews with state officials, former radicals, and members of civil society organizations in each country;

provides a first systematic evaluation of the effectiveness and success of these programmes and policies;

The detailed comparative analyses allow the reader to identify conditions, both internal and external, which are conducive to both success and failure of counter-radicalization and deradicalization programmes, and the authors identify best practice and provide policy implications for states facing threats from violent extremism, as well as for international institutions and organizations working in the field of counter-terrorism.