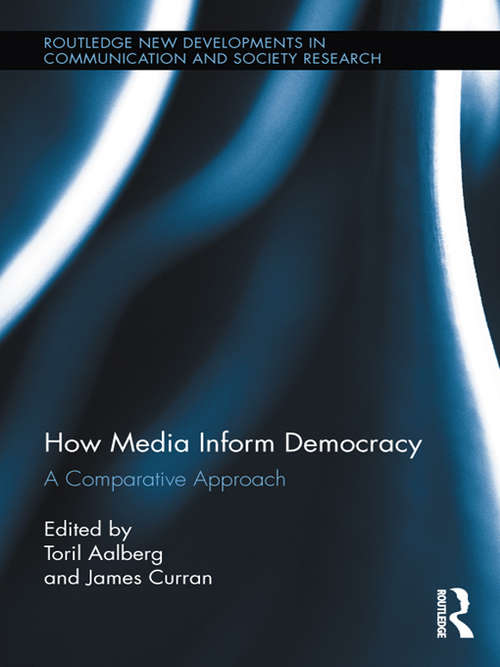 In this timely book, leading researchers consider how media inform democracy in six countries – the United States, the United Kingdom, Belgium, the Netherlands, Norway, and Sweden. Taking as their starting point the idea that citizens need to be briefed adequately with a full and intelligent coverage of public affairs so that they can make responsible, informed choices rather than act out of ignorance and misinformation, contributors use a comparative approach to examine the way in which the shifting media landscape is affecting and informing the democratic process across the globe. In particular, they ask:

Can a comparative approach provide us with new answers to the question of how media inform democracy?

Has increased commercialization made media systems more similar and affected equally the character of news and public knowledge throughout the USA and Europe?

Is soft news and misinformation predominantly related to an American exceptionalism, based on the market domination of its media and marginalized public broadcaster?

This study combines a content analysis of press and television news with representative surveys in six nations. It makes an indispensable contribution to debates about media and democracy, and about changes in media systems. It is especially useful for media theory, comparative media, and political communication courses.