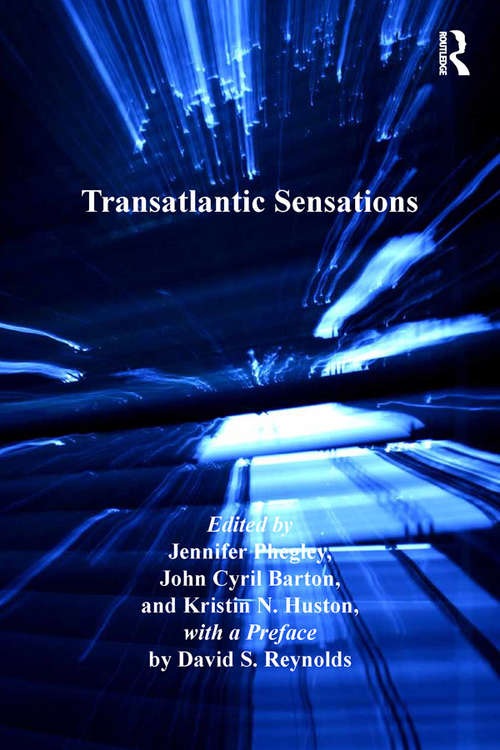 Bringing together sensation writing and transatlantic studies, this collection makes a convincing case for the symbiotic relationship between literary works on both sides of the Atlantic. Transatlantic Sensations begins with the 'prehistories' of the genre, looking at the dialogue and debate generated by the publication of sentimental and gothic fiction by William Godwin, Susanna Rowson, and Charles Brockden Brown.Thus establishing a context for the treatment of works by Louisa May Alcott, Mary Elizabeth Braddon, Dion Boucicault, Wilkie Collins, Charles Dickens, George Lippard, Charles Reade, Harriet Beecher Stowe and George Thompson, the volumetakes up a wide range of sensational topics including sexuality, slavery, criminal punishment, literary piracy, mesmerism, and the metaphors of foreign literary invasion and diseased reading. Concluding essays offer a reassessment of the realist and domestic fiction of George Eliot, Charlotte Yonge, and Thomas Hardy in the context of transatlantic sensationalism, emphasizing the evolution of the genre throughout the century and mapping a new transatlantic lineage for this immensely popular literary form. The book's final essay examines an international kidnapping case that was a journalistic sensation at the turn of the twentieth century.

Copyright:
2012 The editors and contributors