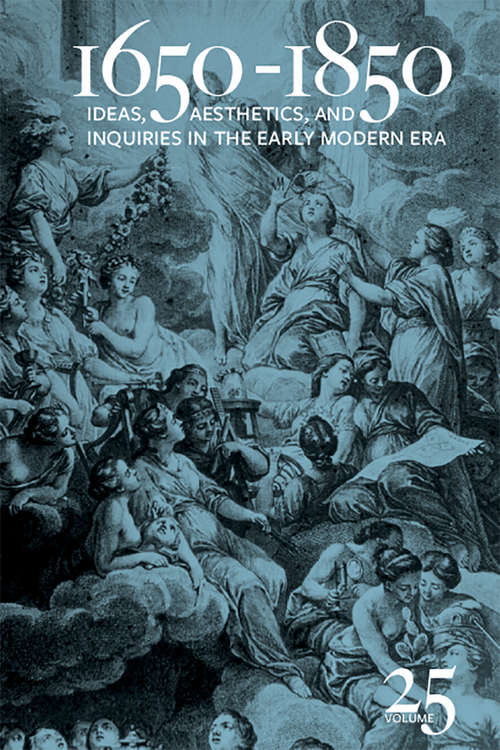 Volume 25 of 1650–1850: Ideas, Aesthetics, and Inquiries in the Early Modern Era investigates the local textures that make up the whole cloth of the Enlightenment. Ranging from China to Cheltenham and from Spinoza to civil insurrection, volume 25 celebrates the emergence of long-eighteenth-century culture from particularities and prodigies. Unfurling in the folds of this volume is a special feature on playwright, critic, and literary theorist John Dennis. Edited by Claude Willan, the feature returns a major player in eighteenth-century literary culture to his proper role at the center of eighteenth-century politics, art, publishing, and dramaturgy. This celebration of John Dennis mingles with a full company of essays in the character of revealing case studies. Essays on a veritable world of topics—on Enlightenment philosophy in China; on riots as epitomes of Anglo-French relations; on domestic animals as observers; on gothic landscapes; and on prominent literati such as Jonathan Swift, Arthur Murphy, and Samuel Johnson—unveil eye-opening perspectives on a “long” century that prized diversity and that looked for transformative events anywhere, everywhere, all the time. Topping it all off is a full portfolio of reviews evaluating the best books on the literature, philosophy, and the arts of this abundant era.