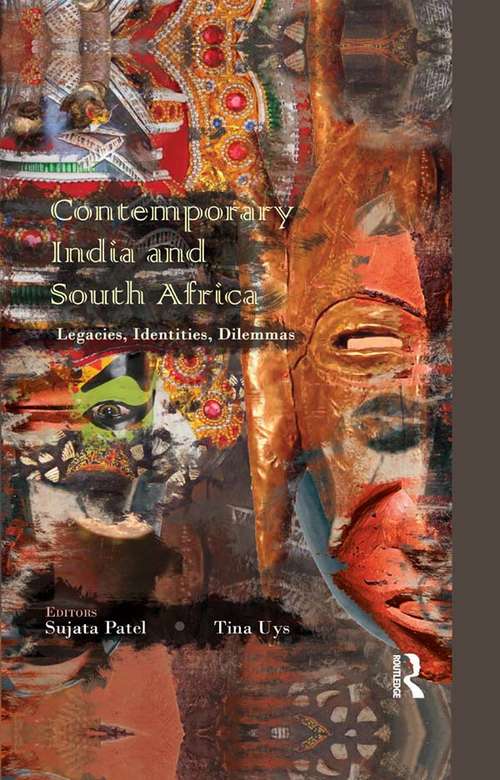 This book deals with the legacies of the Indian experiences of migration and diaspora in South Africa. It highlights the social imaginaries of the migrants and citizens as they negotiate between a reconstructed notion of ‘India’ and their real present and future in the country of citizenship.

Both South Africa and India have had a long history of group-based identity movements against exploitation around caste and race, intersecting with class, gender, language, religion and region. The combined history has allowed them to participate in novel ways in the global arena as regional powers. The book suggests that the question of identity concerns itself with exploitation and oppression of excluded groups in both countries. The authors are particularly attentive to the manner in which the two democratic states have confronted the challenges of history together with contemporary demands of inclusion and discuss the dilemmas involved in resolving them. The volume also raises questions regarding future roles, especially in the fields of education and the environment.

It will be of interest to those in the fields of sociology, political science, international relations, history, migration and diaspora studies, as well as to the general reader.