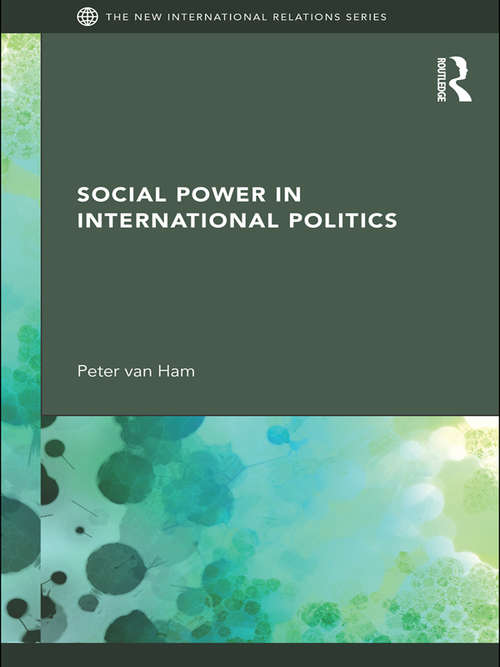 Social power, defined as "the ability to set standards, create norms and values that are deemed legitimate and desirable, without resorting to coercion or payment", is a central part of contemporary international politics.

This text introduces and defines the concept of social power and considers how it works in international politics. It demonstrates how social power is a complex phenomenon that manifests itself in a wide variety of ways and circumstances, particularly in culture, institutions, law, and the media. Providing a global perspective on the role of social power from the EU, the US, the Middle East, and China, this book:

Focuses on the key aspects of social power: centrality, complexity, and comprehensiveness.

Examines the complex relationship between soft and hard power, the role of the media, and new communications technologies.

Explores the interplay between state and non-state actors in framing the public discourse, setting the agenda, molding identities, and ultimately determining the outcome of policy processes.

With particular focus on the social power of non-state actors, such as non-governmental organizations, the media, and consumers, Social Power in International Politics offers a thought-provoking new perspective on how power is exercised in the complex reality of the contemporary world. It will be of particular interest to students and scholars of international relations, political science, and media and communications studies.