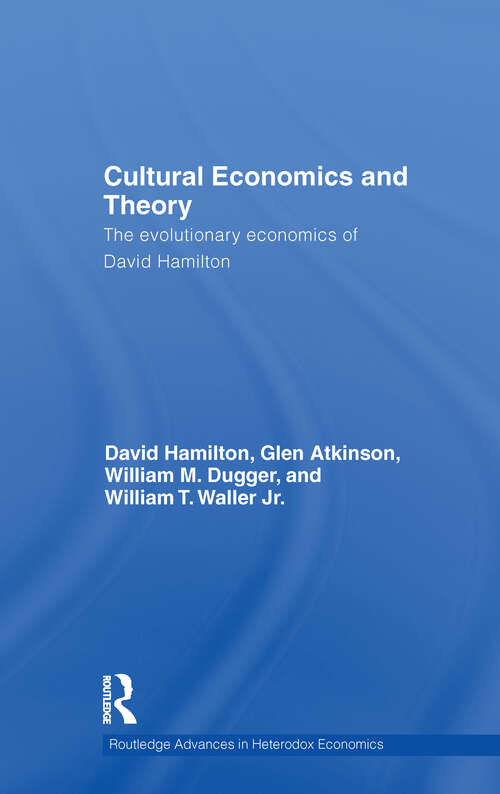 David Hamilton is a leader in the American institutionalist school of heterodox economics that emerged after WWII. This volume includes 25 articles written by Hamilton over a period of nearly half a century. In these articles he examines the philosophical foundations and practical problems of economics. The result of this is a unique institutionalist view of how economies evolve and how economics itself has evolved with them. Hamilton applies insight gained from his study of culture to send the message that human actions situated in culture determine our economic situation.

David Hamilton has advanced heterodox economics by replacing intellectual concepts from orthodox economics that hinder us with concepts that help us. In particular, Hamilton has helped replace equilibrium with evolution, make-believe with reality, ideological distortion of government with practical use of government, the economy as a product of natural law with the economy as a product of human law and, last, he has helped us replace the entrepreneur as a hero with the entrepreneur as a real person.

These articles provide an alternative to the self-adjusting market. They provide an explanation of how the interaction of cultural patterns and technology determine the evolutionary path of the economic development of a nation. This is not a simple materialist depiction of economic history as some Marxists have advocated, instead Hamilton treats technology and culture as endogenous forces, embedded and inseparable from each other and therefore, economic development. This volume will be of most interest and value to professional economists and graduate students who are looking for an in-depth explanation of the origins and significance of institutional economics.