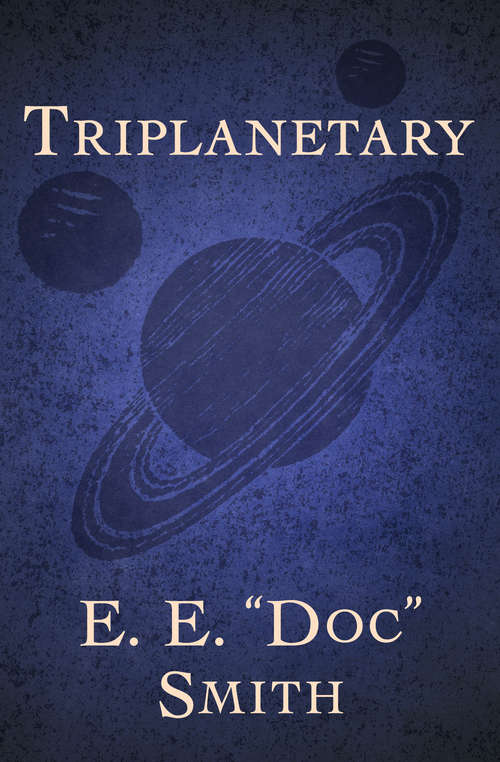 The first installment in the groundbreaking Lensman series, one of the greatest space opera sagas of all time.

Nevia, located many light years from the Earth's sun, is running out of iron, the primary source of energy for the planet's dominant amphibious race. Armed with technology that can extract iron atoms from anything it encounters--rock, machinery, man-made structures, even human blood--the Nevians set their sights on a rich lode of the precious element: the planet Earth. Descending on its unsuspecting target, the Nevian space-ship destroys the city of Pittsburgh and its defenseless inhabitants before heading home with three human specimens in its hold. Among them is Conway Costigan, an undercover intelligence operative for the Triplanetary Patrol. From deep within the bowels of the enemy ship, Costigan must do the impossible: find a way to defeat the Nevians before every man, woman, and child on Earth is annihilated.

Known as the "father of space opera," E. E. "Doc" Smith imagined remarkable future worlds and breathtaking intergalactic battles before the heyday of Robert Heinlein and Isaac Asimov, and decades before Star Wars and Star Trek became part of the popular culture. His best-known work, the Lensman series, was one of five finalists for the Hugo Award for Best All-Time Series.