Mothering in Marginalized Contents: Narratives of Women Who Mother In the Domestic Violence 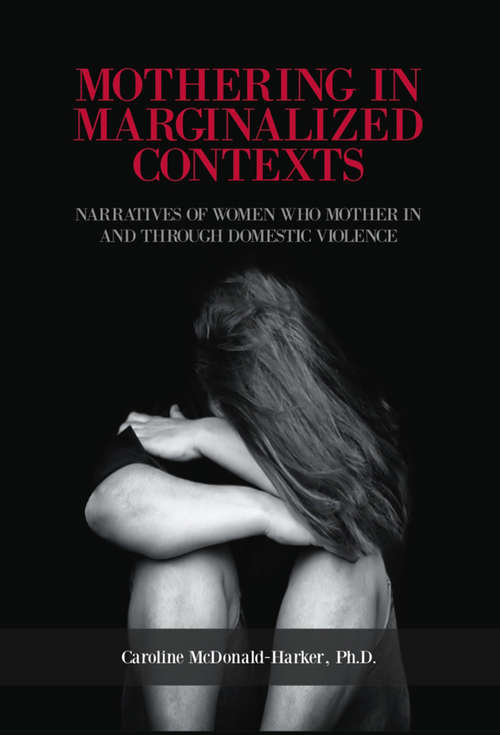 This book provides a rare and in-depth examination of the narratives, experiences, and lived realities of abused mothers—a group of women who, despite being the victims, are often criticized, vilified, and stigmatized for failing to meet dominant ideologies of what a “good mother” is/should be, because they have lived and mothered in domestic abuse relationships.  Based on a qualitative research study conducted with 29 abused mothers residing in abused women’s shelters in Calgary, Alberta, this book highlights the ways that these mothers experience the dominant ideology of intensive mothering, negotiate the resulting discourses of the “good” and the “bad” mother, and ultimately find ways to exercise agency, resistance, and empowerment in and through their mothering. This book discusses how abused mothers engage in empowered mothering by constructing valued, fortified, and liberating identities for themselves as mothers in the face of an ideology of intensive mothering that delegitimizes and subjugates them.  These mothers are not passive victims, but rather are active agents who resist and question the idealized standards of intensive mothering as being restrictive and unachievable; who view their mothering in a positive light even though they have lived and mothered in social milieus deemed outside the boundaries of acceptable mothering; and who uphold that they are indeed worthy mothers despite their stigmatized status.  Particular attention is given to the ways that intersections of gender, race, and social class shape and influence abused mothers constructions of their mothering identities.  This book calls into question the false notion that there is only one standard, one definition, and one social location in which effective mothering is performed.  It is a voice against the judgment of mothers, a call to end the oppressive and restrictive bifurcation of mothers into categories of either “good” or “bad” mothers, and an attempt to re-envision a more inclusive understanding of mothering.  This book is a movement towards the empowerment of all mothers, regardless of differences in their lives and social circumstances.