Language, Feeling, and the Brain 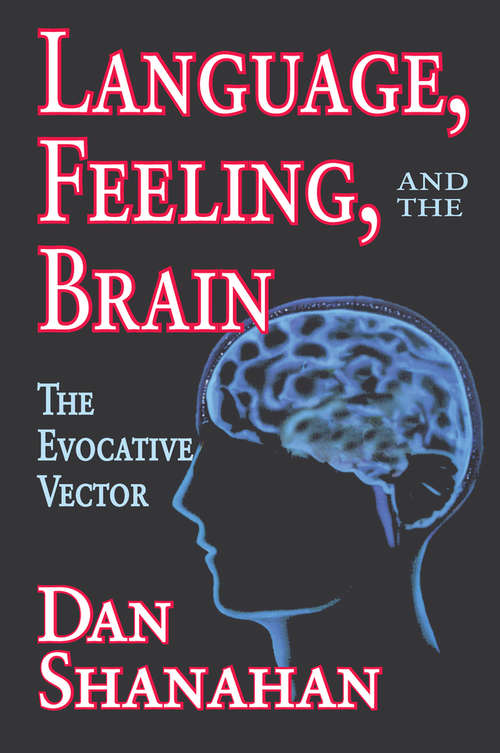 Linguistic theory since the Cognitive Revolution has fol- lowed one of the premises of that revolution by largely sidelining the issue of emotions and concentrating on those aspects of language that are more strictly cognitive. However, during the last ten years research in cognitive science, especially in neuropsychology, has begun to fill in the gaps left by the exclusion of emotions from cognitive research. The work of those like Oatley, Zajonc, Damasio, and LeDoux, to name a few, has demonstrated both that it is possible to construct models of how emotions play into the workings of the psyche and that they are necessary in giving us a balanced view of the human mind.

Language, Feeling, and the Brain attempts to apply the fruits of this new research in emotion to our understanding of language itself. Building on Karl Pribram's integrated model of emotions and motivations, the book takes an eclectic approach to explaining how emotions contribute to the nature of language, drawing on research done in neuropsychology, philosophy, cognitive linguistics, anthropology, and related fields. Its aim is to construct a propositional model for how the emotions may have contributed to the emergence of symbolic formation, most especially in the forms of gesture and speech, and how identifying that emotional influence sheds new light on everything we have had to say about language itself, from lexis and grammar to culture and literature.