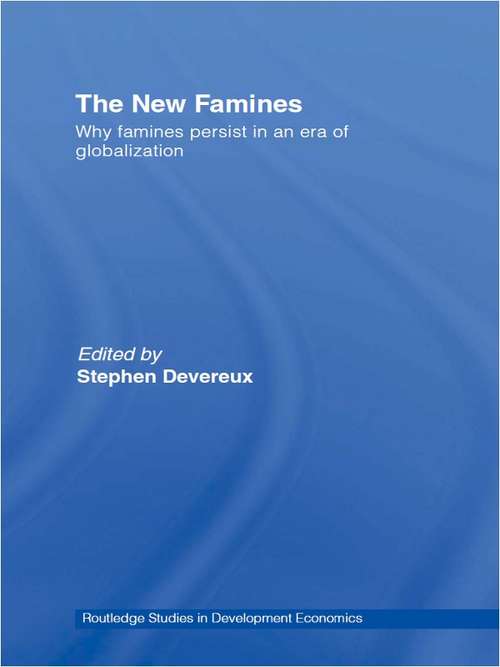 The recent occurrences of famine in Ethiopia and Southern Africa have propelled this key issue back into the public arena for the first time since 1984, as once again it becomes a priority -  not only for lesser developed countries but also for the international community.

Exploring the paradox that is the persistence of famine in the contemporary world, this book looks at the way the nature of famine is changing in the face of globalization and shifting geo-political forces.

The book challenges perceived wisdom about the causes of famine and analyzes the worst cases of recent years – including close analysis of food scarcity in North Korea, Ethiopia, Sudan and Malawi and less well known cases in Madagascar, Iraq and Bosnia. With fresh conceptual frameworks and analytical tools, major theoretical constructs which have previously been applied to analyze famines (such as the 'democracy ends famine' argument, Sen’s 'entitlement approach' and the 'complex political emergency' framework) are confronted.

This volume assembles an international team of contributors, including Marcus Noland, Alex de Waal and Dan Maxwell; an impressive roster which helps make this book an important resource for those in the fields of development studies and political economics.