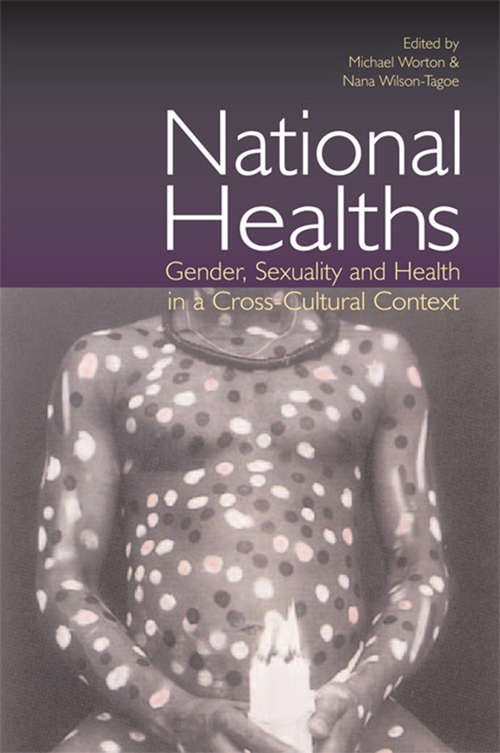 In today's globalised world, it is increasingly important to understand the otherness of different societies and their beliefs, histories and practices. This book focuses on a burning cultural issue: how concepts and constructions of gender and sexuality impact upon health, medicine and healthcare. Starting from the premise that health is neither a universal nor a unitary concept, it offers a series of interdisciplinary analyses of what sickness and well-being have been, are and can be.

The originality of this book is its cross-cultural and trans-historical approach. Bringing together specially commissioned work by both major critical voices and young scholars in fields ranging from anthropology and art history to philosophy, political science and sociology, this volume challenges many traditional assumptions about gender, medicine and health-care. Issues addressed include: the politics and realities of female genital mutilation; sex-work and migration; the portrayal of mothering in contemporary African writing; the representation of AIDS in literature, photography and the media; the place of gender in ancient Egyptian health papyri; the dramatisation of morality and sexual over-indulgence in Thai literature; the relationship between myths of menstruation and power in early modern England; the role of anger in traditional Chinese medicine; and the ways in which both disease and sexual identities were redefined by cholera in the nineteenth century.

The wide-ranging Introduction provides a historical and theoretical framework for what is defined here as Cultural Medicine, whilst fifteen original essays demonstrate from different perspectives that health is not merely a physiological and medical issue, but also a cultural and ethical one.

An invaluable research and study resource, this book is written in a clear and accessible style and will be of interest to the general reader as well as to students of all levels, to teachers of a wide range of disciplines, and to specialist researchers of cultural studies and of medicine.