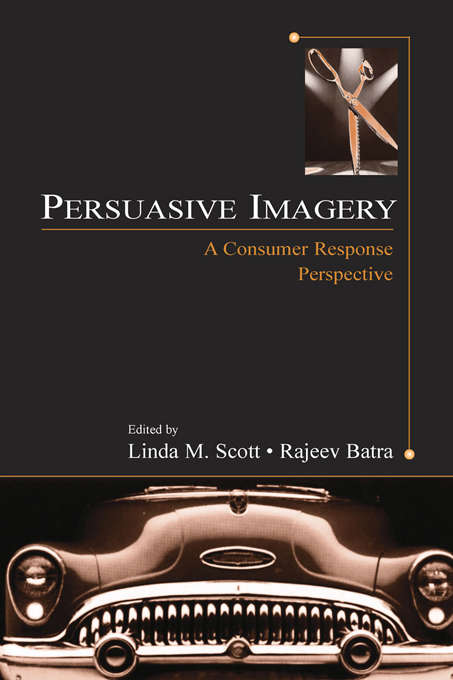 This volume synthesizes and advances existing knowledge of consumer response to visuals. Representing an interdisciplinary perspective, contributors include scholars from the disciplines of communication, psychology, and marketing. The book begins with an overview section intended to situate the reader in the discourse. The overview describes the state of knowledge in both academic research and actual practice, and provides concrete sources for scholars to pursue.

Written in a non-technical language, this volume is divided into four sections:

Image and Response - illustrates the difficulty encountered even in investigating the basic influences, processes, and effects of "mere exposure" to imagery.

Image and Word - presents instances in which the line between words and pictures is blurred, such as the corporate logo which is often pictorial in nature but communicates on an abstract level usually attributed to words.

Image and the Ad - contributes to our appreciation for the exquisite variations among advertising texts and the resultant variability in response, not only to different ads but among different viewers of the same ad.

Image and Object - carries the inquiry of visual response over the bridge toward object interaction.

Having traveled a path that has gone from the precise working of the brain in processing visual stimuli all the way to the history of classical architecture, readers of this volume will have a new respect for the complexity of human visual response and the research that is trying to explain it. It will be of interest to those involved in consumer behavior, consumer psychology, advertising, marketing, and visual communication.