The Moralisation of Tourism 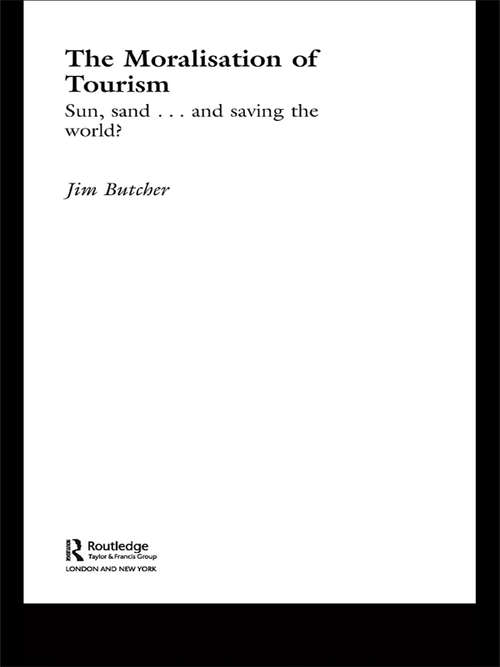 Tourism is no longer an innocent pleasure. It has been interpreted and reinterpreted as an activity which is ultimately damaging to receiving cultures and the environment. 'New' forms of tourism, such as ecotourism, alternative tourism, community tourism and ethical tourism, have been presented as morally superior alternatives to the package holiday, yet ironically, even advocates of these new, ethical tourism brands are increasingly subject to criticisms, not dissimilar to those they themselves level against package holidays.

Using a host of international examples from the industry, the media and non-governmental organisations, this intriguing book examines what the advocates of 'new tourism' see as being wrong with mass tourism, looks critically at the claims made for the new alternatives and makes a case for guilt-free holidays.

The only book on the market to provide a sustained critique of conventional mass tourism’s own critics, Butcher offers a counterpoint to the moral rhetoric steadily turning travellers into guilty tourists.