Shadows in the Stone 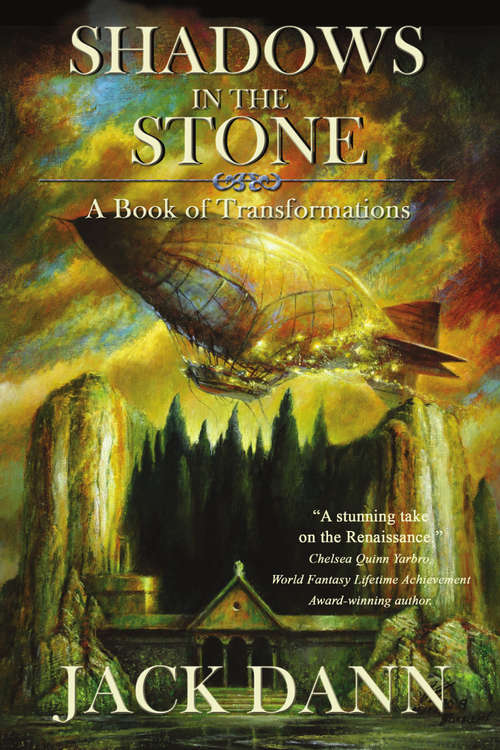 The author of The Age #1 bestselling novel The Memory Cathedral returns to Renaissance Italy with a transcendent vision of the ultimate battle between good and evil.In Shadows in the Stone Jack Dann creates a fully-realized, living, breathing universe, a universe where the Vatican is in Venice, Jehovah is really a lesser god known as the Demiurge, and the magus John Dee’s experiments with angels are true and repeatable. Here you’ll discover a nun who has the expertise and agility of a Ninja warrior, the reincarnated snake goddess known as the Daughter of Light, the famed Florentine magician Pico Della Mirandola, a young magus who is part stone, the Knights Templar of the Crimson Cross, the sapphire tablet: the most secret of the Dead Sea scrolls, and a 15th Century dirigible kept aloft by imprisoned souls. Here you’ll find wild adventure and Machiavellian subtlety, treason and heroism, love and carnality, joy and loss, magic, machines, the cosmic machinations of angels, demons, gods, and half-gods; and the absolutely breathtaking vistas that are their battle grounds.New York Times bestselling author Kim Stanley Robinson has compared Shadows in the Stone with Susanna Clarke’s Jonathan Strange and Mr. Norrell, calling it “such a complete world that Italian history no longer seems comprehensible without [Dann’s] cosmic battle of spiritual entities behind and within every historical actor and event.”Join Jack Dann's protagonists—Louisa Morgan and Lucian Ben-Hananiah—and the fellowship of The Dark Companions in their apocalyptic battle against the Demiurge—described in the forbidden Gnostic texts as the demon god Yaldabaoth... and known to us as Jehovah.