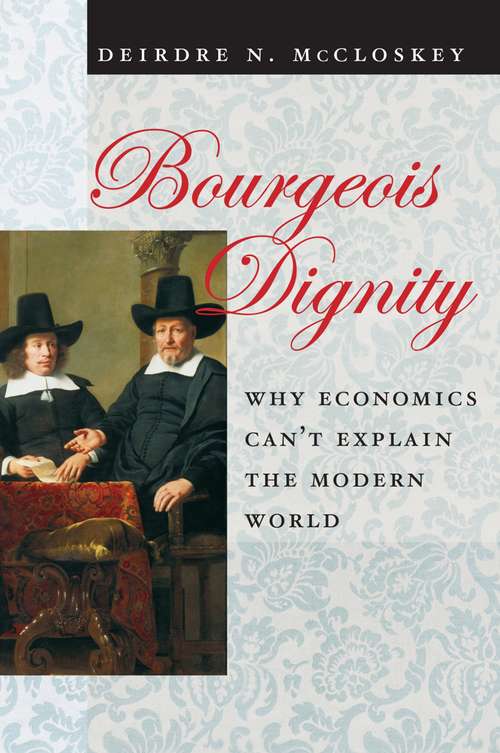 The big economic story of our times is not the Great Recession. It is how China and India began to embrace neoliberal ideas of economics and attributed a sense of dignity and liberty to the bourgeoisie they had denied for so long. The result was an explosion in economic growth and proof that economic change depends less on foreign trade, investment, or material causes, and a whole lot more on ideas and what people believe.

Or so says Deirdre N. McCloskey in Bourgeois Dignity, a fiercely contrarian history that wages a similar argument about economics in the West. Here she turns her attention to seventeenth- and eighteenth-century Europe to reconsider the birth of the industrial revolution and the rise of capitalism. According to McCloskey, our modern world was not the product of new markets and innovations, but rather the result of shifting opinions about them. During this time, talk of private property, commerce, and even the bourgeoisie itself radically altered, becoming far more approving and flying in the face of prejudices several millennia old. The wealth of nations, then, didn’t grow so dramatically because of economic factors: it grew because rhetoric about markets and free enterprise finally became enthusiastic and encouraging of their inherent dignity.

An utterly fascinating sequel to her critically acclaimed book The Bourgeois Virtues, Bourgeois Dignity is a feast of intellectual riches from one of our most spirited and ambitious historians—a work that will forever change our understanding of how the power of persuasion shapes our economic lives.

Copyright:
2010 The University of Chicago Press