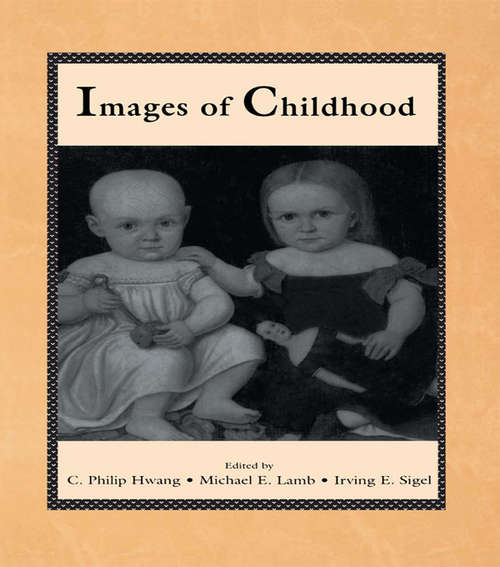 The twentieth century will surely be remembered as a period of remarkable calamity, vigorous intellectual activity, and striking technological progress. For the first time in history, the development of rapid forms of communication and transportation shrunk the effective size of the world so that many of its citizens were made aware of events occurring in far-distant locations and came to appreciate cultural differences more directly than was previously possible. Among the many trends and events for which the century may be remembered, however, one will surely be the ascendancy of science and scientific thinking. Given adequate resources and ample time, scientists have argued they will be able to reduce the mysteries of the universe, as well as the mysteries of life and death, to objectifiable processes and events. The editors of this book draw attention to the implicit and explicit images of childhood that various disciplines -- especially development psychology -- have constructed. These sometimes unspoken metaphors have enduring value in that they provide a means of drawing together, integrating, and interpreting otherwise disparate findings or conclusions. They also provide a ready means of conveying the fruits of scientific research to the people who constitute its primary consumers. The contributors strive to show that the images of childhood that each professional implicitly carries in her or his head vary across historical epochs, just as they vary across cultures and subcultures. Perhaps even more alarmingly, some of these images seem to reflect the politically correct ideology of particular times and places, at least as much as they represent the objective findings they purport to summarize. This volume's main objective is to unpackage cultural and historical variations in the conception of childhood in order to make clearer those which might be considered universal aspects of behavioral and psychological development and those which must be seen as temporary cultural constructions or images. The specific aims of this volume are to: * delineate images of childhood in diverse cultural, subcultural, and historical contexts; * illustrate how these images of childhood are manifested in popular proverbs as well as in distinct patterns of childrearing, broadly conceived to include aspects of parental behavior, childcare arrangements, education, indoctrination, and the assignment of responsibilities; * indicate how these images of childhood are manifest in the development and implementation of educational and social policies as well as in the legal status of children; * consider whether children are believed to have a privileged place in society and whether age-graded constraints limit their roles and participation in society; and * evaluate the extent to which cultural images affect the ways in which developmental processes are viewed or understood.