This Is Not Sufficient 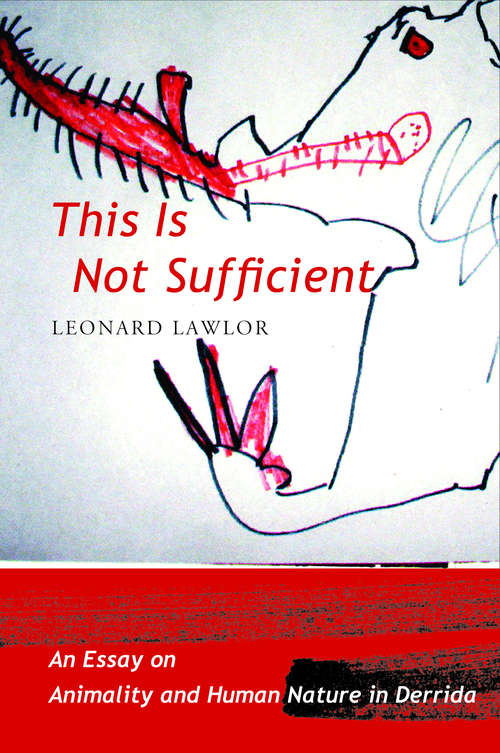 Derrida wrote extensively on "the question of the animal." In particular, he challenged Heidegger's, Husserl's, and other philosophers' work on the subject, questioning their phenomenological criteria for distinguishing humans from animals. Examining a range of Derrida's writings, including his most recent L'animal que donc je suis, as well as Aporias, Of Spirit, Rams, and Rogues, Leonard Lawlor reconstructs a portrait of Derrida's views on animality and their intimate connection to his thinking on ethics, names and singularity, sovereignty, and the notion of a common world.Derrida believed that humans and animals cannot be substantially separated, yet neither do they form a continuous species. Instead, in his "staggered analogy," Derrida asserts that all living beings are weak and therefore capable of suffering. This controversial claim both refuted the notion that humans and animals possess autonomy and contradicted the assumption that they possess the trait of machinery. However, it does offer the foundation for an argument-which Lawlor brilliantly and passionately defines in his book-in which humans are able to will this weakness into a kind of unconditional hospitality. Humans are not strong enough to keep themselves separate from animals. In other words, we are too weak to keep animals from entering into our sphere. Lawlor's argument is a bold approach to remedying "the problem of the worst," or the complete extermination of life, which is fast becoming a reality.