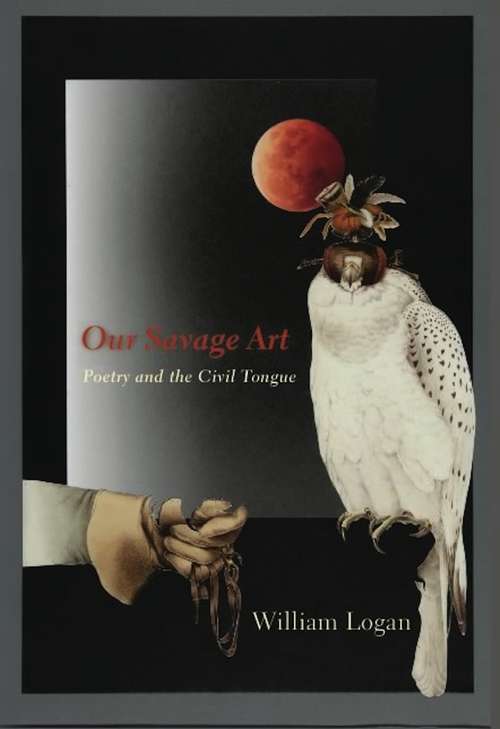 The most notorious poet-critic of his generation, William Logan has defined our view of poets good and bad, interesting and banal, for more than three decades. Featured in the New York Times Book Review, the Times Literary Supplement, and the New Criterion, among other journals, Logan's eloquent, passionate prose never fails to provoke readers and poets, reminding us of the value and vitality of the critic's savage art.Like The Undiscovered Country: Poetry in the Age of Tin, which won the National Book Critics Circle Award in Criticism, Our Savage Art features the corrosive wit and darkly discriminating critiques that have become the trademarks of Logan's style. Opening with a defense of the critical eye, this collection features essays on Robert Lowell's correspondence, Elizabeth Bishop's unfinished poems, the inflated reputation of Hart Crane, the loss of the New Critics, and a damning-and already highly controversial-indictment of an edition of Robert Frost's notebooks. Logan also includes essays on Derek Walcott and Geoffrey Hill, two crucial figures in the divided world of contemporary poetry, and an attempt to rescue the reputation of the nineteenth-century poet John Townsend Trowbridge. Short reviews consider John Ashbery, Anne Carson, Billy Collins, Rita Dove, Louise Glück, Jorie Graham, Robert Hass, Seamus Heaney, and dozens of others. Though he might be called a cobra with manners, Logan is a fervent advocate for poetry, and Our Savage Art continues to raise the standard of what the critic can do.