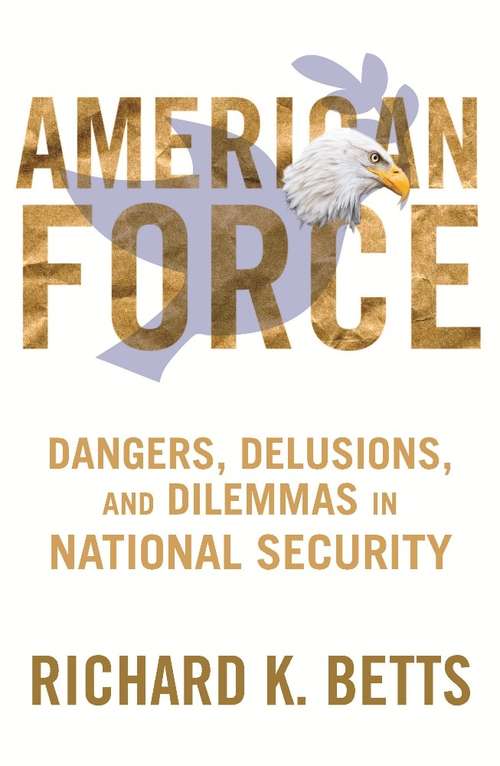 While American national security policy has grown more interventionist since the Cold War, Washington has also hoped to shape the world on the cheap. Misled by the stunning success against Iraq in 1991, administrations of both parties have pursued ambitious aims with limited force, committing the country's military frequently yet often hesitantly, with inconsistent justification. These ventures have produced strategic confusion, unplanned entanglements, and indecisive results. This collection of essays by Richard K. Betts, a leading international politics scholar, investigates the use of American force since the end of the Cold War, suggesting guidelines for making it more selective and successful.Betts brings his extensive knowledge of twentieth century American diplomatic and military history to bear on the full range of theory and practice in national security, surveying the Cold War roots of recent initiatives and arguing that U.S. policy has always been more unilateral than liberal theorists claim. He exposes mistakes made by humanitarian interventions and peace operations; reviews the issues raised by terrorism and the use of modern nuclear, biological, and cyber weapons; evaluates the case for preventive war, which almost always proves wrong; weighs the lessons learned from campaigns in Iraq, Afghanistan, and Vietnam; assesses the rise of China and the resurgence of Russia; quells concerns about civil-military relations; exposes anomalies within recent defense budgets; and confronts the practical barriers to effective strategy. Betts ultimately argues for greater caution and restraint, while encouraging more decisive action when force is required, and he recommends a more dispassionate assessment of national security interests, even in the face of global instability and unfamiliar threats.