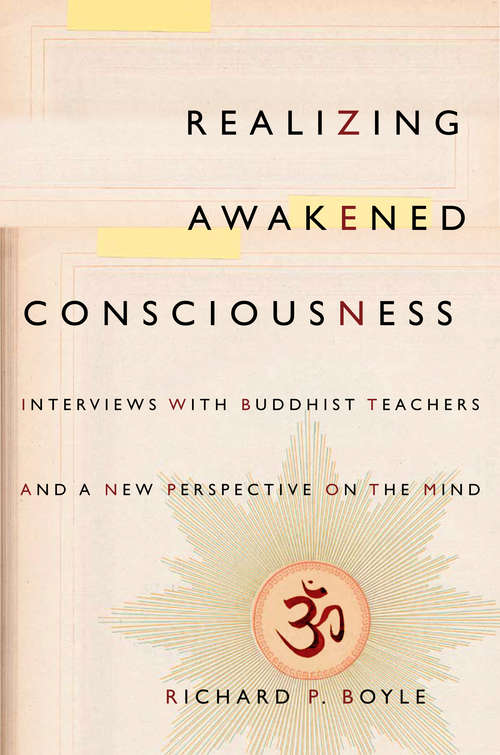 If, as Buddhism claims, the potential for awakening exists in all human beings, we should be able to map the phenomenon with the same science we apply to other forms of consciousness. A student of cognitive social science and a Zen practitioner for more than forty years, Richard P. Boyle brings his sophisticated perspective to bear on the development of a theoretical model for both ordinary and awakened consciousness.Boyle conducts probing interviews with eleven prominent Western Buddhist teachers (Shinzen Young, John Tarrant, Ken McLeod, Ajahn Amaro, Martine Batchelor, Shaila Catherine, Gil Fronsdal, Stephen Batchelor, Pat Enkyo O'Hara, Bernie Glassman, and Joseph Goldstein) and one scientist (James Austin) who have experienced awakening. From the paths they traveled to enlightenment and their descriptions of the experience, he derives three fundamental properties of awakened consciousness. He then constructs an overarching model that explains how Buddhist practices help free the mind from attachments to reality and the self and make possible the three properties of awakening. Specifically, these teachers describe how they worked to control attention and quiet the mind, detach from ideas and habits, and open themselves to compassion. Boyle's account incorporates current theories of consciousness, sociological insights, and research in neuroscience to advance the study of awakened consciousness and help an even greater number of people to realize it.