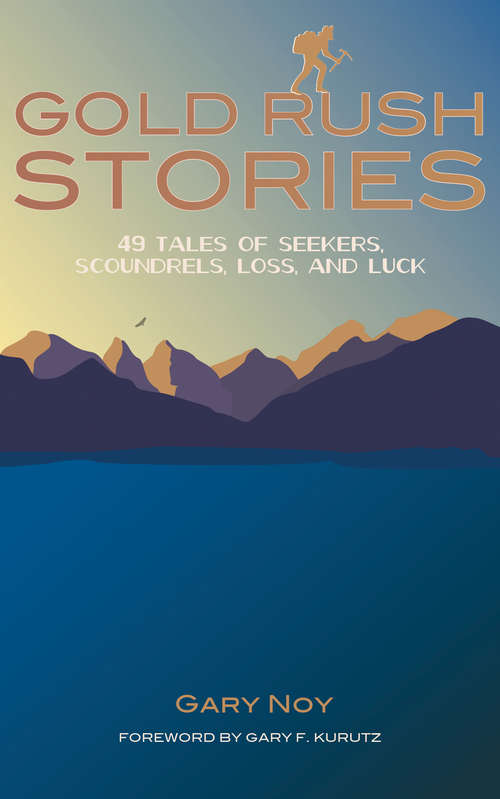 From the author of Hellacious California!, deeply human stories of the California Gold Rush generation, full of brutality, tragedy, humor, and prosperity.In less than ten years, more than 300,000 people made the journey to California, some from as far away as Chile and China. Many of them were dreamers seeking a better life, like Mifflin Wistar Gibbs, who eventually became the first African American judge, and Eliza Farnham, an early feminist who founded California's first association to advocate for women's civil rights. Still others were eccentrics—perhaps none more so than San Francisco's self-styled king, Norton I, Emperor of the United States.As Gold Rush Stories relates the social tumult of the world rushing in, so too does it unearth the environmental consequences of the influx, including the destructive flood of yellow ooze (known as &“slickens&”) produced by the widespread and relentless practice of hydraulic mining. In the hands of a native son of the Sierra, these stories and dozens more reveal the surprising and untold complexities of the Gold Rush.&“Seamlessly fuses academic rigor, original reporting and emotional intensity into one meditation on an era.... If the task of the historian is to be faithful to lost truths, then Noy's latest exploration succeeds on every level, and does so in a way that will keep readers wanting to dig deeper into the past.&”—Scott Thomas Anderson, Sierra Lodestar &“An original and lively look at all the usual suspects, plus bears, weather, women, Joaquín, disappointment and dissipation…. Exhaustively researched and highly entertaining.&”—JoAnn Levy, author of They Saw the Elephant: Women in the California Gold Rush