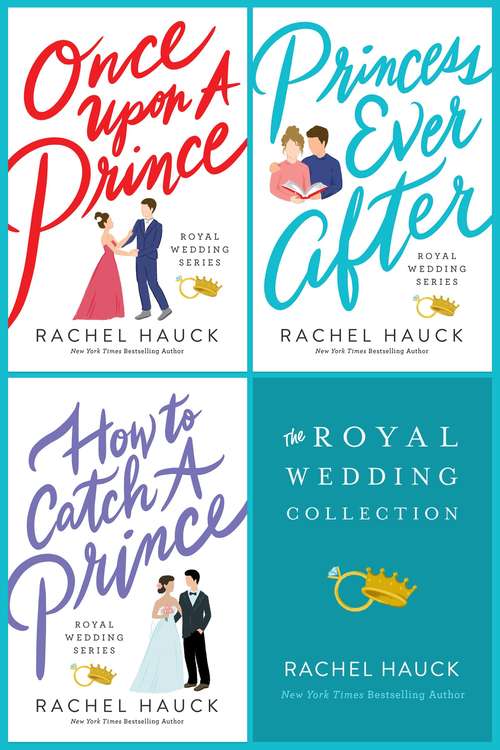 Once Upon a Prince

A royal prince. An ordinary girl. An extraordinary royal wedding.

Susanna Truitt never dreamed of a great romance—just to marry the man she has loved for twelve years. But when her high-school-sweetheart-turned-Marine-officer breaks up instead of proposing, Susanna scrambles to rebuild her life.

The last thing Prince Nathaniel expects to find on his American holiday is the queen of his heart. A prince has duties, and his family’s tense political situation has chosen his bride for him. When Prince Nathaniel comes to Susanna’s aid under the fabled Lover’s Oak, he is blindsided by love.

Their lives are worlds apart. But everything changes when Susanna receives an invitation to Nathaniel’s coronation.

It’s the ultimate choice: His kingdom or her heart? God’s will or their own?

Regina Beswick was born to be a princess.

But she’s content to be a small-town girl, running a classic auto restoration shop, unaware a secret destiny awaits her.

Tanner Burkhardt is the stoic Minister of Culture for the Grand Duchy of Hessenberg. When he is tasked to retrieve the long-lost princess, he must overcome his fear of failure in order to secure his nation’s future—and his own.

Yet lurking in the political shadows is a fierce opponent with sinister plans to abolish the throne forever.

With a little divine intervention, Regina and Tanner discover the truth of her heritage and the healing power of true love.

How to Catch a Prince

An American heiress and a crown prince seem destined to be together. Will the devastation of war keep them apart forever?

Corina Del Rey caught her prince once. But the tragedy of war kept her too long in a fog of grief. Now she’s shifting her life forward, reigniting her career. Still, nothing can relieve her of the secret and the love she carries in her soul.

Prince Stephen of Brighton is one of the world’s most eligible bachelors and a star rugby player, trying to make sense of his life. But his days in Afghanistan will mark him forever.

When his brother, King Nathaniel, confronts him with a document the prince thought long buried, Stephen is forced to face the pain of his past and the love he left behind.

With a little heavenly help, Prince Stephen and Corina embark on a journey of truth. But when secrets are revealed, can they find love again?