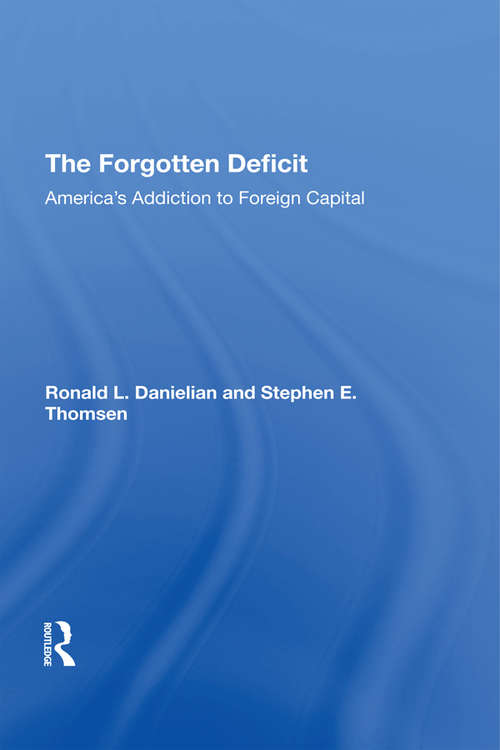 The United States is the world's largest debtor nation. An often-overlooked element of the deficit, U.S. capital accounts, is the focus of this critical analysis. The evidence shows that the inflow of foreign money to finance U.S. consumption is going into short- and medium-term, interest-rate-sensitive, liquid instruments. U.S. debt instruments, rather than equities, are the asset of choice.

The authors argue that over the long term this trend will adversely affect the U.S. economy, as every citizen ultimately must constrain consumption to pay the financing charges on the enormous debt buildup. Capital costs in the United States must remain several points higher than in the markets of its major trading competitors. Constraints will be imposed on U.S. policymakers as they attempt to maintain the substantial U.S. economic, political, and military presence overseas.

Divided into an analysis of direct investment and portfolio capital flows, this book contains specific policy recommendations after each section. The authors examine the effect of capital flows on the composition of the U.S. current account transactions with the rest of the world, the linkage of foreign investments to trade, and the effects of protectionism by the Japanese in direct investments.