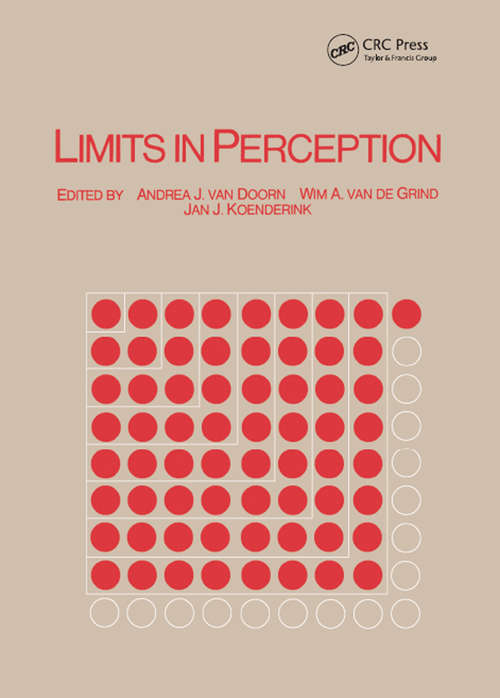 This book presents an analysis of limits in perception from the vantage point of the physicist, the engineer, the psychophysicist, the psychologist and the theorist. Limits in perception find their causal explanation at many logically and/or physically different levels. Some of the most fundamental bottlenecks are due to the quantum mechanical and atomistic structure of the microworld. Other simple constraints are due to the material constitution of sensory organs. For instance, the fact that the eye is predominantly composed of water limits both the optical quality and the available spectral window. The engineer uses knowledge on such limits to design equipment that optimizes human performance in daily life. Examples include room acoustics and visual displays. Psychophysicists and psychologists deal with limits on a quite different logical level. These limits constrain much of our perceptually guided behaviour. The book includes chapters on such topics as movement perception, binocular vision, illusory phenomena, language and perception, the perception of time. A few concluding chapters on fundamental limits imposed by information theoretical constraints on the coding and representation of sensed structure are included. Limits in Perception will be important reading material for scientists and/or engineers in the following fields: perception, experimental psychology, sensory biology, physics, neuroscience, human engineering, artificial intelligence, robotics, ophthalmology, audiology, psychonomics and ergonomics, remote sensing.