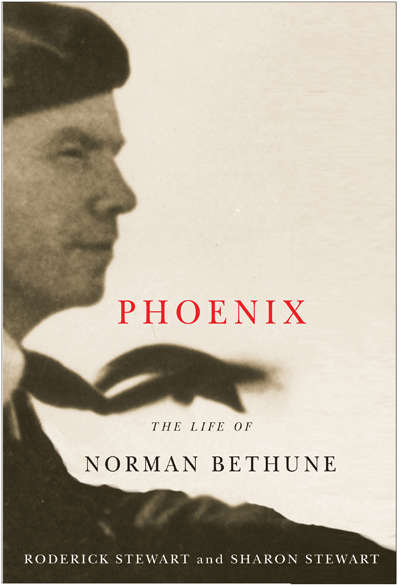 Restless, dynamic, conflicted, a surgeon, an artist, and a writer, Norman Bethune was an extraordinary Canadian. Brilliant, yet erratic, Bethune's life was characterized by cycles of achievement and self-destruction and his adventurous spirit led him from the operating rooms of Montreal to the battlegrounds of Spain and China. In Phoenix: The Life of Norman Bethune Roderick and Sharon Stewart provide the intriguing details of Bethune's controversial career as a surgeon, his turbulent personal life, his passionate crusade to eradicate tuberculosis, and his pioneering commitment to the establishment of medicare in Canada. They also examine the reasoning that led Bethune to embrace Marxism and show the depth of his faith in the triumph of communism over fascism - a commitment that drove him to take risk after risk and ultimately led to his death from an infection caught while performing battlefield surgery in remote northern China. Based on extensive research in Canada, Spain, and China, and in-depth interviews with Bethune's family, friends, colleagues, and patients, Phoenix: The Life of Norman Bethune is the definitive Bethune biography for our time.