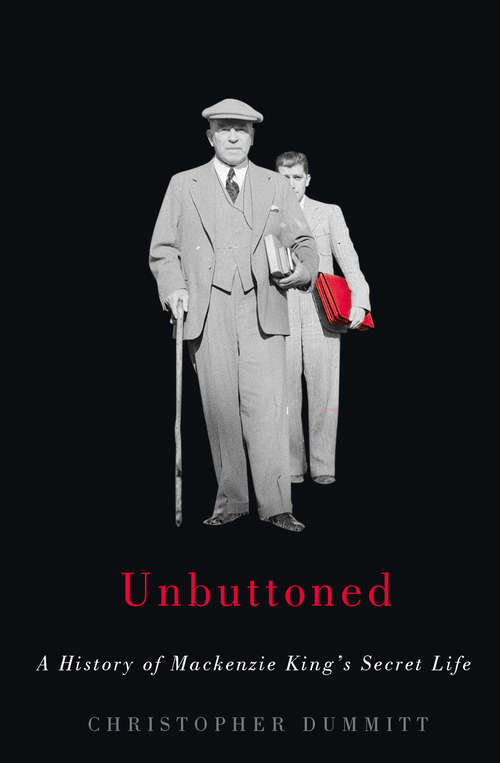 When Prime Minister William Lyon Mackenzie King died in 1950, the public knew little about his eccentric private life. In his final will King ordered the destruction of his private diaries, seemingly securing his privacy for good. Yet twenty-five years after King’s death, the public was bombarded with stories about "Weird Willie," the prime minister who communed with ghosts and cavorted with prostitutes. Unbuttoned traces the transformation of the public’s knowledge and opinion of King’s character, offering a compelling look at the changing way Canadians saw themselves and measured the importance of their leaders’ personal lives.

Christopher Dummitt relates the strange posthumous tale of King’s diary and details the specific decisions of King’s literary executors. Along the way we learn about a thief in the public archives, stolen copies of King’s diaries being sold on the black market, and an RCMP hunt for a missing diary linked to the search for Russian spies at the highest levels of the Canadian government. Analyzing writing and reporting about King, Dummitt concludes that the increasingly irreverent views of King can be explained by a fundamental historical transformation that occurred in the era in which King’s diaries were released, when the rights revolution, Freud, 1960s activism, and investigative journalism were making self-revelation a cultural preoccupation.

Presenting extensive archival research in a captivating narrative, Unbuttoned traces the rise of a political culture that privileged the individual as the ultimate source of truth, and made Canadians rethink what they wanted to know about politicians.