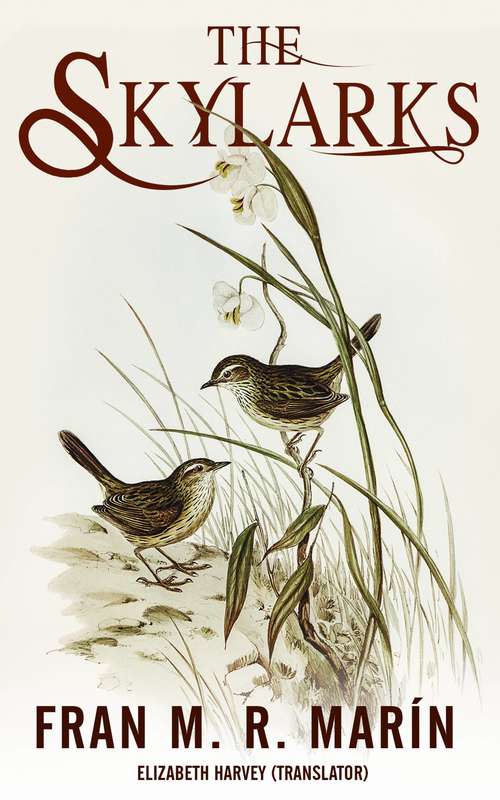 ‘The Skylarks’ transports us to a little hamlet hidden away in the mountainous region of the south of Granada, Spain: such a small town that no one ever bothered naming it and was simply known as La Villa. It’s the start of the 1970s and the locals are doing all they can to combat the mass exodus of the rural areas.

Far from the harsh reality of the adults, three boys; Ricardo, Edmundo and Fernando, live life from one mischief to the next or spending time acting out scenes from their favourite comic, Capitán Trueno. Everything changes with the arrival of Lucy Lu, a new girl who shakes the foundations of their world and puts their friendship to the test. The boys, each guided by their own interests, embark on a dangerous game which will lead them to take bigger and bigger risks to try and come out on top. As the months go by, the three youngsters learn that love isn't always easy, sex isn't always enjoyable, death isn't just for the elderly, evil resides inside many and, most of all, that even lifelong friendships can come to an end.

Twenty years later, two of the boys meet again. One of them has a successful career as a Guardia Civil. The other has come back to La Villa, living alone and tormented by regrets. Beside the warmth of the fireplace, the two spend the whole night reminiscing about the last few months they spent together living in La Villa. What happened that year? Why did their friendship fall apart? A reunion that the old friends reveal more from what they don't say than what they do.

A contemporary fable where the characters live through the good and the bad, wrapped up in the atmosphere of a place that is fighting its own disappearance. A novel about learning told from the perspective of the three boys that takes us back to our own childhood.