Inheritance and Wealth Inequality in Britain 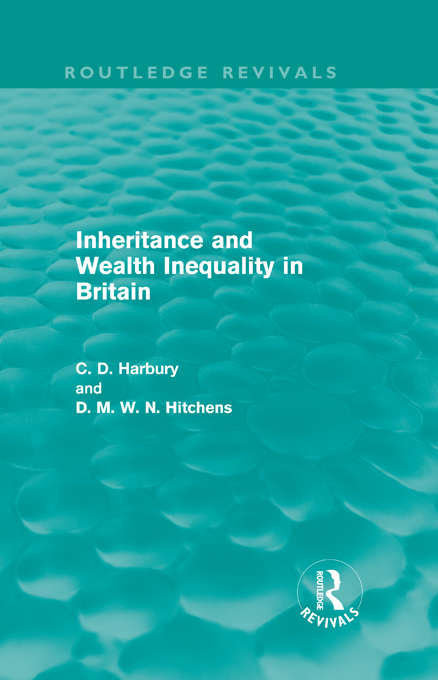 Modern Britain is characterised by marked inequalities in the distribution of wealth, which continue to fuel controversy and arouse strong, if adverse, feelings. Originally published in 1979, Inheritance and Wealth Inequality in Britain provides detailed evidence on the relative importance of inherited and self-made wealth. It is the first major work in the field since Wedgwood’s pioneering study in 1929, and represents a major contribution to current debates on justice and inequality.

The study is based on more than fifteen years of detective work on successive generations of the wealthy. Professors Harbury and Hitchens have searched through the public records of registered wills, contacted relatives, executors and solicitors and have even tramped through graveyards in order to build up their picture of how wealth is actually transmitted from generation to generation. Results of this research challenge the commonly held view that inheritance is no longer a main force in the perpetuation of wealth and demonstrate unquestionably that it remains a factor of paramount importance. The book helps to answer such questions as: what proportion of wealthy men and wealthy women are self-made? Do the rich tend to marry the rich? Which industries tend to favour self-made as against inherited wealth? What are the chances today of inheriting or dissipating a fortune?

Inheritance and Wealth Inequality in Britain is essential reading for those academically and professionally concerned with policymaking on income and wealth distribution and with the tax system; and to students taking courses in welfare economics, public finance and the sociology of class. It is also an important contribution to the history of modern Britain.