Argos and the Argolid 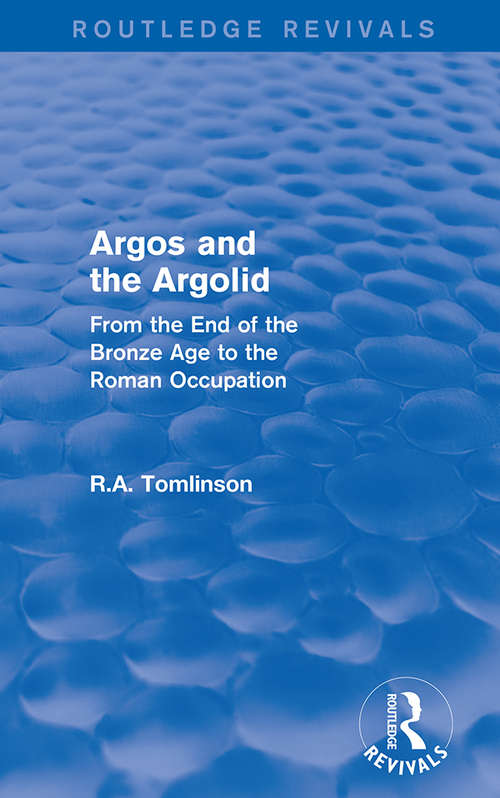 Argos and the Argolid, first published in 1972, presents a study of the history and achievements of the Argives, who have hitherto been largely neglected: partly because Classical Argos is overshadowed by the legends of an earlier millennium, and partly because many of her monuments and records have been lost.

Richard Tomlinson describes the region, and considers the relationship between the Argives who claimed Dorian descent and those whose ancestors were in all probability the inhabitants of the region during the Bronze Age. In particular, he emphasises the Argives’ role as a ‘third force’ in mainland Greek history, where they challenged the supremacy of the Spartans in Peloponnesian affairs.

This thorough treatment is intended to correct the usual bias in favour of the better documented affairs of Athens and Sparta. It includes an assessment of Argive military and political organisation, and of their contribution to the arts of Ancient Greece.