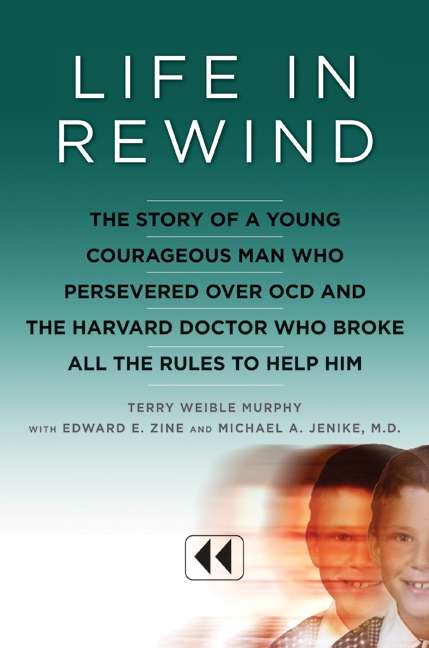 The equation is logical. But few of us think of each moment and each physical movement as comprising a path to our certain end. Surely such torture would drive us mad. But for Ed Zine, who suffers from a debilitating form of obsessive-compulsive disorder (OCD), this statement is a mantra that holds him prisoner--figuratively and literally.

Ed's OCD tells him, illogically, that if going forward in time moves him closer to death, reversing the action will carry him away from it, and if he can hold back the progression of time he will not age. If he doesn't age, the people he loves will never die. This obsession, triggered by the horrific experience of having secretly witnessed his mother's death at the age of eleven, keeps him trapped in a nightmare of perpetual rewinding rituals. Walking from his bed to the bathroom takes seven to ten hours and 16,384 precise, but necessary, movements forward and backward, with each step and turn having potentially dire, even fatal, consequences--or so his OCD convinces him. The tens of thousands of exacting rituals stop him from showering altogether for two years, as he lives isolated in the chaos of a basement littered with refuse and human waste. But the filth in which Ed lives and the placement of the things he hoards--from a tiny ball of lint to an unopened bar of soap to an unwashed pair of sweatpants--all represent important placeholders of time in the grand scheme of irrationally keeping his loved ones alive and well.

It would be a full year from their first meeting before Ed would come to fully trust world-renowned OCD specialist, Harvard professor, and decorated Vietnam War hero Michael Jenike enough to allow him to enter the dark prison created by his isolating obsession. Breaking the rules of traditional medicine, Michael, who was carrying emotional scars from his own traumatic past, from the loss of too many young men Ed's age with whom he served in the war, would travel many long hours from Boston to Ed's home, and spend countless hours treating him. Finally, with all treatments exhausted, and all hope lost, the unconditional friendship between Ed and Michael remains. The bond of honor that intertwines their lives enables Ed to use his amazing mind to break down OCD and heal himself as a way to reward Dr. Jenike for his compassion.