The World of Plymouth Plantation 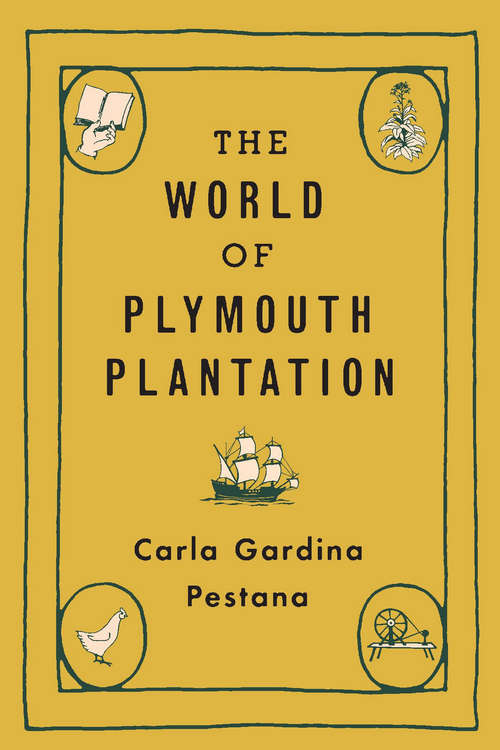 An intimate look inside Plymouth Plantation that goes beyond familiar founding myths to portray real life in the settlement—the hard work, small joys, and deep connections to others beyond the shores of Cape Cod Bay.The English settlement at Plymouth has usually been seen in isolation. Indeed, the colonists gain our admiration in part because we envision them arriving on a desolate, frozen shore, far from assistance and forced to endure a deadly first winter alone. Yet Plymouth was, from its first year, a place connected to other places. Going beyond the tales we learned from schoolbooks, Carla Gardina Pestana offers an illuminating account of life in Plymouth Plantation.The colony was embedded in a network of trade and sociability. The Wampanoag, whose abandoned village the new arrivals used for their first settlement, were only the first among many people the English encountered and upon whom they came to rely. The colonists interacted with fishermen, merchants, investors, and numerous others who passed through the region. Plymouth was thereby linked to England, Europe, the Caribbean, Virginia, the American interior, and the coastal ports of West Africa. Pestana also draws out many colorful stories—of stolen red stockings, a teenager playing with gunpowder aboard ship, the gift of a chicken hurried through the woods to a sickbed. These moments speak intimately of the early North American experience beyond familiar events like the first Thanksgiving.On the 400th anniversary of the Mayflower landing and the establishment of the settlement, The World of Plymouth Plantation recovers the sense of real life there and sets the colony properly within global history.