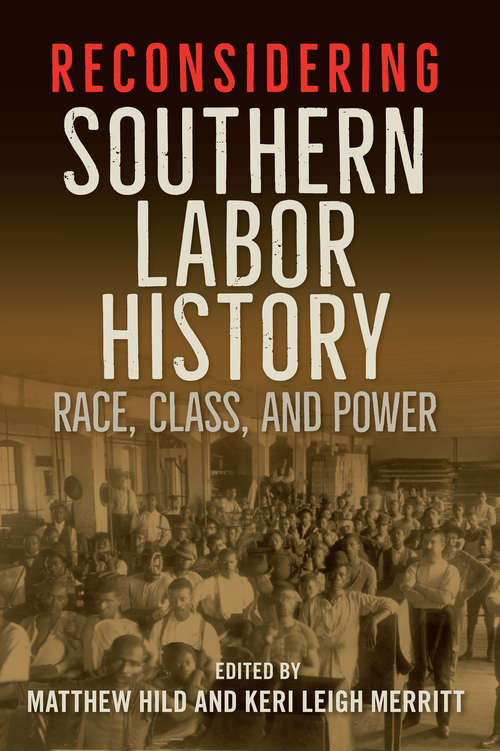 By: Matthew Hild and Keri Leigh Merritt
Login
Sign Up

The American Dream of reaching success through sheer sweat and determination rings false for countless members of the working classes. This volume shows that many of the difficulties facing workers today have deep roots in the history of the exploitation of labor in the South. Contributors make the case that the problems that have long beset southern labor, including the legacy of slavery, low wages, lack of collective bargaining rights, and repression of organized unions, have become the problems of workers across the country.

Spanning nearly all of U.S. history, the essays in this collection range from West Virginia to Florida to Texas. They examine vagrancy laws in the early republic, inmate labor at state penitentiaries, mine workers and union membership, and strikes and the often-violent strikebreaking that followed. They also look at pesticide exposure among farmworkers, labor activism during the civil rights movement, and foreign-owned auto factories in the rural South. They distinguish between different struggles experienced by women and men, as well as by African American, Latino, and white workers.

The broad chronological sweep and comprehensive nature of Reconsidering Southern Labor History set this volume apart from any other collection on the topic in the past forty years. Presenting the latest trends in the study of the working-class South by a new generation of scholars, this volume is a surprising revelation of the historical forces behind the labor inequalities inherent today.