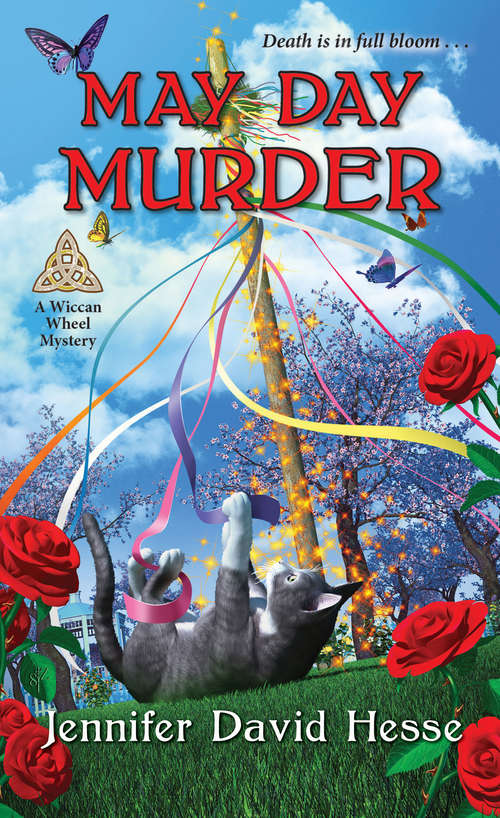 Spring is in the air, but for Edindale, Illinois, attorney Keli Milanni, murder is the only thing blooming . . . Keli’s looking forward to Beltane, the time-honored Wiccan holiday that celebrates life with feasting, ceremonial dancing, and ancient Celtic rituals. But since recently leaving her law firm and opening her own practice, Keli has more on her plate than simple abundance. Still, she always has time for a friend. Erik, a Druid from a neighboring town, has had a run of bad luck he blames on a curse cast by his ex-girlfriend Denise, a practicing witch whose expertise in the dark arts can’t save her from her own deadly end. When Keli finds herself a person of interest in the investigation, she begins to wonder if she herself might be cursed. With a little help from her friends, including her devoted boyfriend Wes, Keli aims to find out who poisoned Denise. What she uncovers is a witch’s brew of spells, hexes, and black magic that raises questions about her own Wiccan worldview. As the community gathers for the May Day festivities, it’s up to Keli to stop a killer from springing ahead to another murder . . . Praise for the Wiccan Wheel Mysteries “A perfect read.” —Library Journal on Yuletide Homicide “Enjoyable . . . A wintry, woodsy setting.” —Kirkus Reviews on Bell, Book & Candlemas “A good atmospheric read for fall.” —Parkersburg News & Sentinel on Samhain Secrets