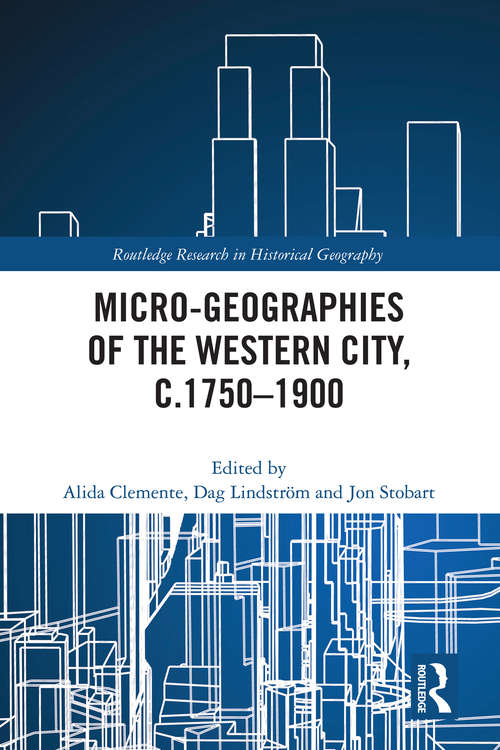 This book examines the overlapping spaces in modern Western cities to explore the small-scale processes that shaped these cities between c.1750 and 1900. It highlights the ways in which time and space matter, framing individual actions and practices and their impact on larger urban processes.

It draws on the original and detailed studies of cities in Europe and North America through a micro-geographical approach to unravel urban practices, experiences and representations at three different scales: the dwelling, the street and the neighbourhood. Part I explores the changing spatiality of housing, examining the complex and contingent relationship between public and private, and commercial and domestic, as well as the relationship between representations and lived experiences. Part II delves into the street as a thoroughfare, connecting the city, but also as a site of contestation over the control and character of urban spaces. Part III draws attention to the neighbourhood as a residential grouping and as a series of spaces connecting flows of people integrating the urban space. Drawing on a range of methodologies, from space syntax and axial analysis to detailed descriptions of individual buildings, this book blends spatial theory and ideas of place with micro-history.

With its fresh perspectives on the Western city created through the built environment and the everyday actions of city dwellers, the book will interest historical geographers, urban historians and architects involved in planning of cities across Europe and North America.