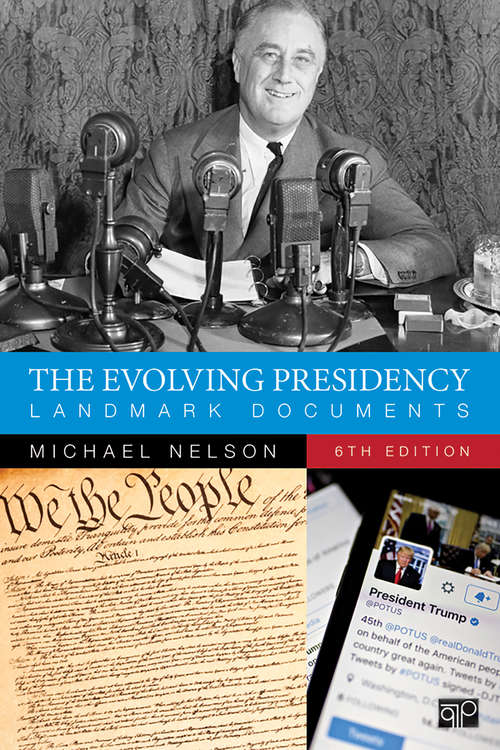 Primary sources are an essential part of today's information-rich age.

In Michael Nelson’s Sixth Edition of The Evolving Presidency, 60 documents help to anchor the ever-changing presidency in historical context. Students encounter a range of documents—from speeches and debates to letters, landmark Supreme Court decisions, and even tweets—that demonstrate how the presidency is shaped through both word and deed. Every selection has its own headnote that is carefully crafted to convey the significance of the document during its own time and its lasting effects on the office of the presidency.

New to the Sixth Edition:

This edition contains sixty documents, more than in any previous edition, including additions that reflect historically significant recent events, notably Donald Trump’s inaugural address and his employment of Twitter as a form of presidential communication.

The text of his pessimistic and populist inauguration speech, in which he promised a focus on “America first”;

A compilation of 68 tweets from one week in July 2017, providing students with a context to analyze his unprecedented use of the social network to directly engage with citizens, colleagues in the government, and even other world leaders.