The Broadview Anthology Of British Literature 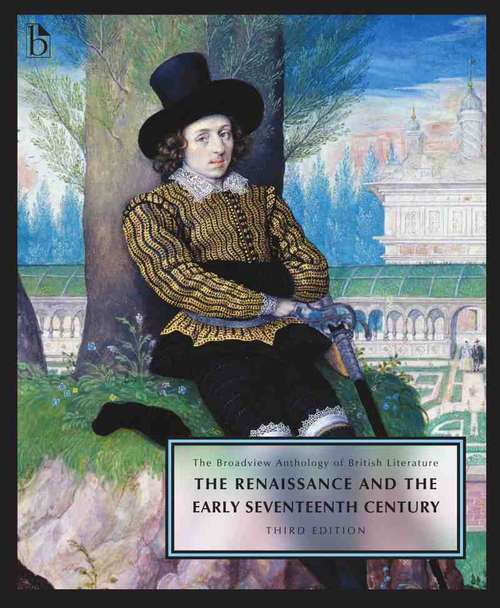 In all six of its volumes The Broadview Anthology of British Literature presents British literature in a truly distinctive light. Fully grounded in sound literary and historical scholarship, the anthology takes a fresh approach to many canonical authors, and includes a wide selection of work by lesser-known writers. The anthology also provides wide-ranging coverage of the worldwide connections of British literature, and it pays attention throughout to issues of race, gender, class, and sexual orientation. It includes comprehensive introductions to each period, providing in each case an overview of the historical and cultural as well as the literary background. It features accessible and engaging headnotes for all authors, extensive explanatory annotations, and an unparalleled number of illustrations and contextual materials. Innovative, authoritative and comprehensive, The Broadview Anthology of British Literature has established itself as a leader in the field.

The full anthology comprises six bound volumes, together with an extensive website component; the latter has been edited, annotated, and designed according to the same high standards as the bound book component of the anthology, and is accessible by using the passcode obtained with the purchase of one or more of the bound volumes.

For the third edition of this volume a considerable number of changes have been made. Newly prepared, for example, is a substantial selection from Baldassare Castiglione’s The Courtier, presented in Thomas Hoby’s influential early modern English translation. Thomas Kyd’s The Spanish Tragedy is another major addition. Also new to the anthology are excerpts from Thomas Dekker’s plague pamphlets. We have considerably expanded our representation of Elizabeth I’s writings and speeches, as well as providing several more cantos from Edmund Spenser’s Faerie Queene and adding selections from Sir Philip Sidney’s Arcadia. We have broadened our coverage, too, to include substantial selections of Irish, Gaelic Scottish, and Welsh literature. (Perhaps most notable of the numerous authors in this section are two extraordinary Welsh poets, Dafydd ap Gwilym and Gwerful Mechain.) Mary Sidney Herbert’s writings now appear in the bound book instead of on the companion website. Margaret Cavendish, previously included in volume 3 of the full anthology, will now also be included in this volume; we have added a number of her poems, with an emphasis on those with scientific themes.