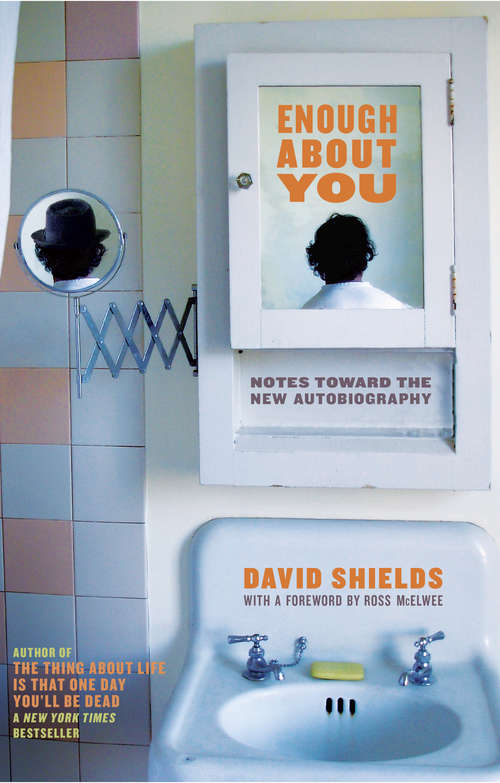 What does it mean to construct a self? What does it mean to turn your life into a narrative? What’s gained? What’s lost? What lies inevitably get told? What deeper truths are reached or at least reached for? Enough About You has no answers to these questions, but it frames and asks these questions in a much more overt, honest, precise, and provocative way than any book has attempted yet, and tries to do so while also delivering the pleasures of narrative, of memoir, of search-for-self.With moving and often hilarious candor, Shields explores the connections between fiction and nonfiction, stuttering and writing, literary forms and literary contents, art and life; he confronts bad reviews of his earlier books; he examines why he read a college girlfriend’s journal; he raids a wide range of cultural figures (from Rousseau, Nabokov, and Salinger to Bill Murray, Adam Sandler, and Bobby Knight) for what they have to tell him about himself.Enough About You is a book about David Shields. But it is also a terrifically engrossing exploration and exploitation of self-reflection, self-absorption, full-blown narcissism, and the impulse to write about oneself. In a world awash with memoirs and tell-alls, Shields has created something unique: he invites the reader into his mind as he turns his life into a narrative.