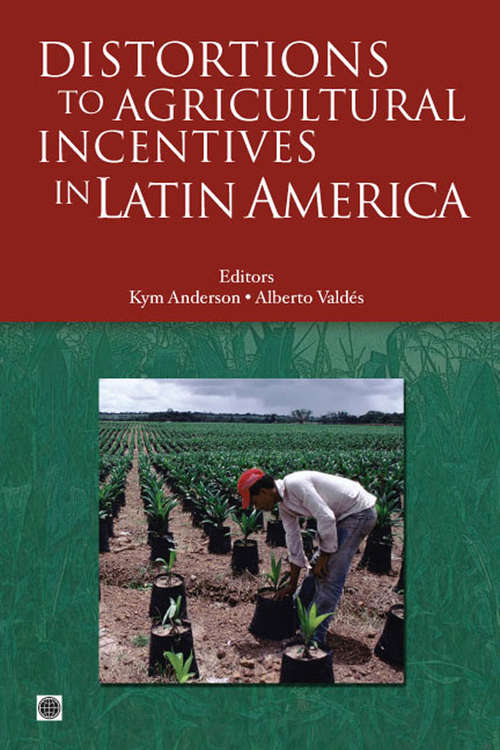 The vast majority of the world's poorest households depend on farming for their livelihood. During the 1960s and 1970s, most developing countries imposed pro-urban and anti-agricultural policies, while many high-income countries restricted agricultural imports and subsidized their farmers. Both sets of policies inhibited economic growth and poverty alleviation in developing countries. Although progress has been made over the past two decades to reduce those policy biases, many trade- and welfare-reducing price distortions remain between agriculture and other sectors as well as within the agricultural sector of both rich and poor countries.

Comprehensive empirical studies of the disarray in world agricultural markets first appeared approximately 20 years ago. Since then the OECD has provided estimates each year of market distortions in high-income countries, but there has been no comparable estimates for the world's developing countries. This volume is the second in a series (other volumes cover Africa, Asia, and Europe's transition economies) that not only fills that void for recent years but extends the estimates in a consistent and comparable way back in time-and provides analytical narratives for scores of countries that shed light on the evolving nature and extent of policy interventions over the past half-century.

'Distortions to Agricultural Incentives in Latin America' provides an overview of the evolution of distortions to agricultural incentives caused by price and trade policies in the economies of South America, plus the Dominican Republic, Nicaragua, and Mexico. Together these countries constitute about 80 percent of the region's population, agricultural output, and overall GDP. Sectoral, trade, and exchange rate policies in the region have changed greatly since the 1950s, and there have been substantial reforms, especially in the 1980s. Nonetheless, numerous price distortions in this region remain, others have been added, and there have even been some policy reversals in recent years. The new empirical indicators in these country studies provide a strong evidence-based foundation for assessing the successes and failures of the past and for evaluating policy options for the years ahead.

Copyright:
2008 The International Bank for Reconstruction and Development / The World Bank