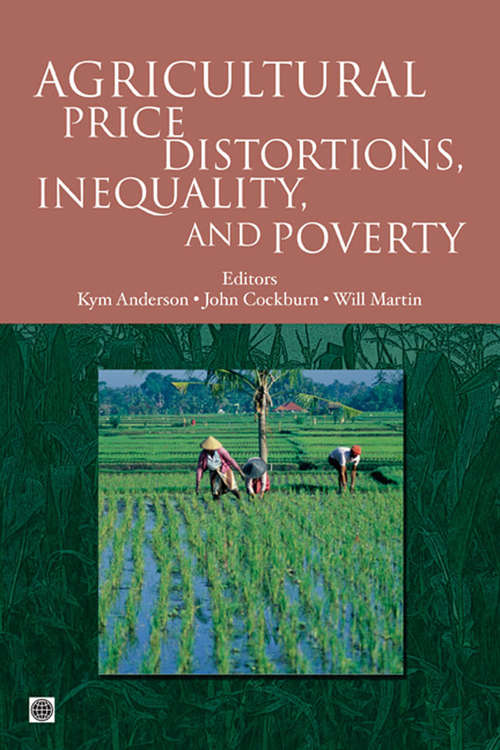 By: Kym Anderson • Will Martin • John Cockburn
Login
Sign Up

The prices of farm products are crucial determinants of the extent of poverty and inequality in the world.

The vast majority of the world's poorest households depend to a considerable extent on farming for their incomes, while food represents a large component of the consumption of all poor households. For generations, food prices have been heavily distorted by government policies in high-income and developing countries. Many countries began to reform their agricultural price and trade policies in the 1980s, but government policy intervention is still considerable and still favors farmers in high-income countries at the expense of many farmers in developing countries.

What would be the poverty and inequality consequences of the removal of the remaining distortions to agricultural incentives? This question is of great relevance to governments in evaluating ways to engage in multilateral and regional trade negotiations or to improve their own policies unilaterally.

'Agricultural Price Distortions, Inequality, and Poverty' analyzes the effects of agricultural and trade policies around the world on national and regional economic welfare, on income inequality among and within countries, and on the level and incidence of poverty in developing countries. The studies include economy-wide analyses of the inequality and poverty effects of own-country policies compared with rest-of-the-world policies for 10 individual developing countries in three continents. This book also includes three chapters that each use a separate global economic model to examine the effects of policies on aggregate poverty and the distribution of poverty across many identified developing countries.

This study is motivated by two policy issues: first, the World Trade Organization's struggle to conclude the Doha Round of multilateral trade negotiations, in which agricultural policy reform is, again, one of the most contentious topics in the talks and, second, the struggle of the developing countries to achieve their Millennium Development Goals by 2015-notably the alleviation of hunger and poverty-which depends crucially on policies that affect agricultural incentives.

Copyright:
2010 The International Bank for Reconstruction and Development / The World Bank