Scattered Among the Nations 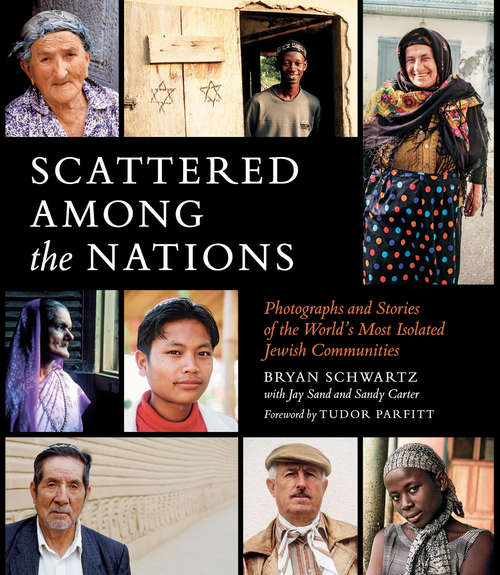 “A beautifully presented book on Jewish diversity around the world . . . opens windows into lives from the hills of Portugal to the plains of Africa.” —The Jerusalem PostWith vibrant photographs and intricate accounts Scattered Among the Nations tells the story of the world’s most isolated Jewish communities in Africa, Asia, Latin America, the Former Soviet Union and the margins of Europe. Over two thousand years ago, a shipwreck left seven Jewish couples stranded off India’s Konkan Coast, south of Bombay. Those hardy survivors stayed, built a community, and founded one of the fascinating groups described in this book—the Bene Israel of India’s Maharasthra Province. This story is unique, but it is not unusual. We have all heard the phrase “the lost tribes of Israel,” but never has the truth and wonder of the Diaspora been so lovingly and richly illustrated. To create this amazing chronicle of faith and resilience, the authors visited Jews in thirty countries across five continents, hearing origin stories and family histories that stretch back for millennia.“Beautiful, even breathtaking . . . a Jewish (Inter) National Geographic, wisely reminding us that the strategies for survival of Jews in distant lands may be relevant to our own.” —Rabbi Lawrence Kushner, Emanu-El Scholar at Congregation Emanu-El of San Francisco and author of I’m God; You’re Not“This exquisite book is a gift to the Jewish people, dramatically stretching our understanding of ‘Jewish’ . . . A book to be savored, read and re-read, and transmitted from one generation to the next.” —Yossi Klein Halevi, Senior Fellow, Shalom Hartman Institute, Jerusalem